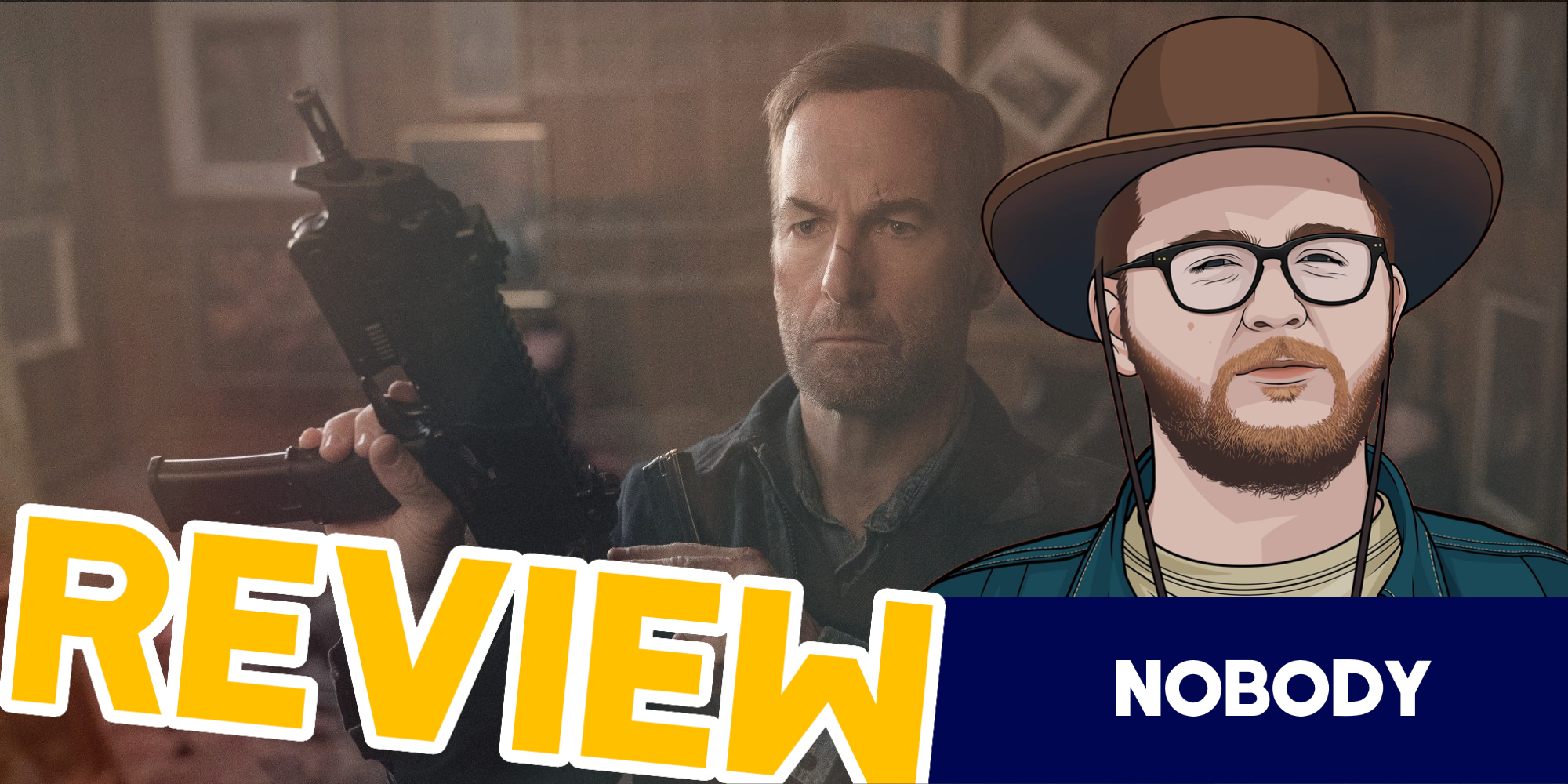 Imagine your next door neighbor, average guy, probably a dad, the guy that you see sipping his coffee every morning before he heads in his car for work. He’s the kind of guy that you smile and wave to everyday but never really think much else of… except you find out he’s basically Jason Bourne. That’s basically the concept of Nobody, the newest film starring Bob Odenkirk, directed by Hardcore Henry director, Ilya Naishuller, and written by John Wick writer, Derek Kolstad.

I knew I wanted to see this film the day that I saw the trailer. With Breaking Bad and Better Call Saul being two of my favorite shows, I was really excited to see my favorite criminal lawyer go hardcore on some bad guys. For those of you who have never seen either of those shows or maybe are not familiar with Mr. Show, Bob Odenkirk isn’t your typical Keanu Reeves- or Matt Damon-looking guy. And he’s not one that you would imagine in this kind of role either.

So who is this guy Odenkirk is playing that seems like your typical, average guy who happens to kick serious butt? Well, he is Hutch Mansell, a guy with a really dark past who’s been trying to live a normal life, raising a family, keeping a normal job. But his past resurfaces after he rescues a young woman being harassed by a gang of hoodlums and finds himself in the crosshairs of a powerful drug lord. Hutch must tap back into his old ways in order to keep himself as well as his family safe. Not too crazy of a plot for an action film. But I will say that I really liked how the film takes its time to slowly unfold and reveal Hutch’s character and who he was before starting a normal life. Very tasteful.

But what really makes this film unique is its casting. Many fans of the Breaking Bad universe will be drawn to this film since—as I’ve mentioned—no one would’ve ever expected to see Bob Odenkirk in this kind of role. And don’t get me wrong, this strange casting pays off extremely well. Odenkirk is amazing in this film. Once he really starts going, you believe him. He doesn’t hinder the film at all. He is the star of the show. And while you see the more comedic and smart aleck side to him in his performance in Breaking Bad, you also get to see the more dramatic and emotional side to him as the same character in Better Call Saul. And you definitely get plenty of moments of both sides from him in this film. Bob was definitely the perfect choice for this film.

What I really loved about Hutch’s character is that he’s not portrayed as this flawless, unstoppable force—not at first, at least. When he first taps into his old self and starts fighting, he’s a little rusty and gets hit quite a lot. Makes him seem a little bit more believable and relatable. This is something I wish they did more often with protagonists of these high-energy, action spy movies.

Which while I’m on the topic, the action in this film is great and a lot of fun to watch. Even though this is partly a comedy, the action and fighting scenes take themselves very seriously while also being very fun and unique. I love all the creative ways they chose to choreograph all the different fight scenes. They also seem very grounded and not too silly. It’s just all really fun. 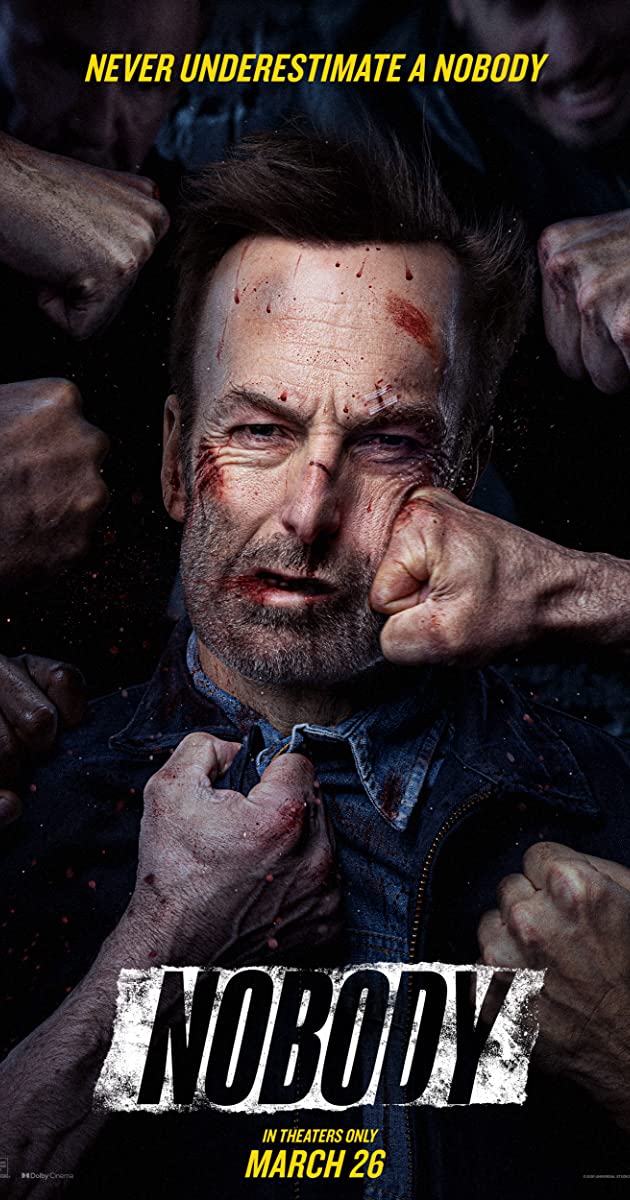 This movie is hilarious as well. While it doesn’t force itself and beat you to death with it’s humor, there are plenty of moments that gave me a good hearty laugh. Most of the humor is very situational. You won’t see Bob wink at the camera and give some witty remark. There are so many other people that could’ve taken this in the absolute wrong direction, like some stupid Will Ferrel movie where the funny guy gets stuck in the wrong situation and that’s what’s funny. But they kept the seriousness and the comedy well-balanced and I love that.

There were also moments in the film where the editing was a lot of fun, too. Gave me some Edgar Wright vibes. If you’ve seen any of his films (Shaun of the Dead, Hot Fuzz, Baby Driver), you know what I’m talking about. There’s a section in the beginning where it’s showing you his everyday life and how mundane it is and the fast-paced editing really emphasizes the comedic feeling to it.

Another great addition to this film was the casting of Christopher Lloyd as Bob’s father who also has some sort of violent history. It was nice to see him not recreating his Doc Brown character and just being his fun self. Very unexpected but welcome casting.

This film was just a blast to watch and I was grinning from ear to ear the whole time. It was no Citizen Kane, but it was pretty much everything you’d want in an action film plus with it’s own unique flavor. If I could, I would recommend Nobody to everybody.