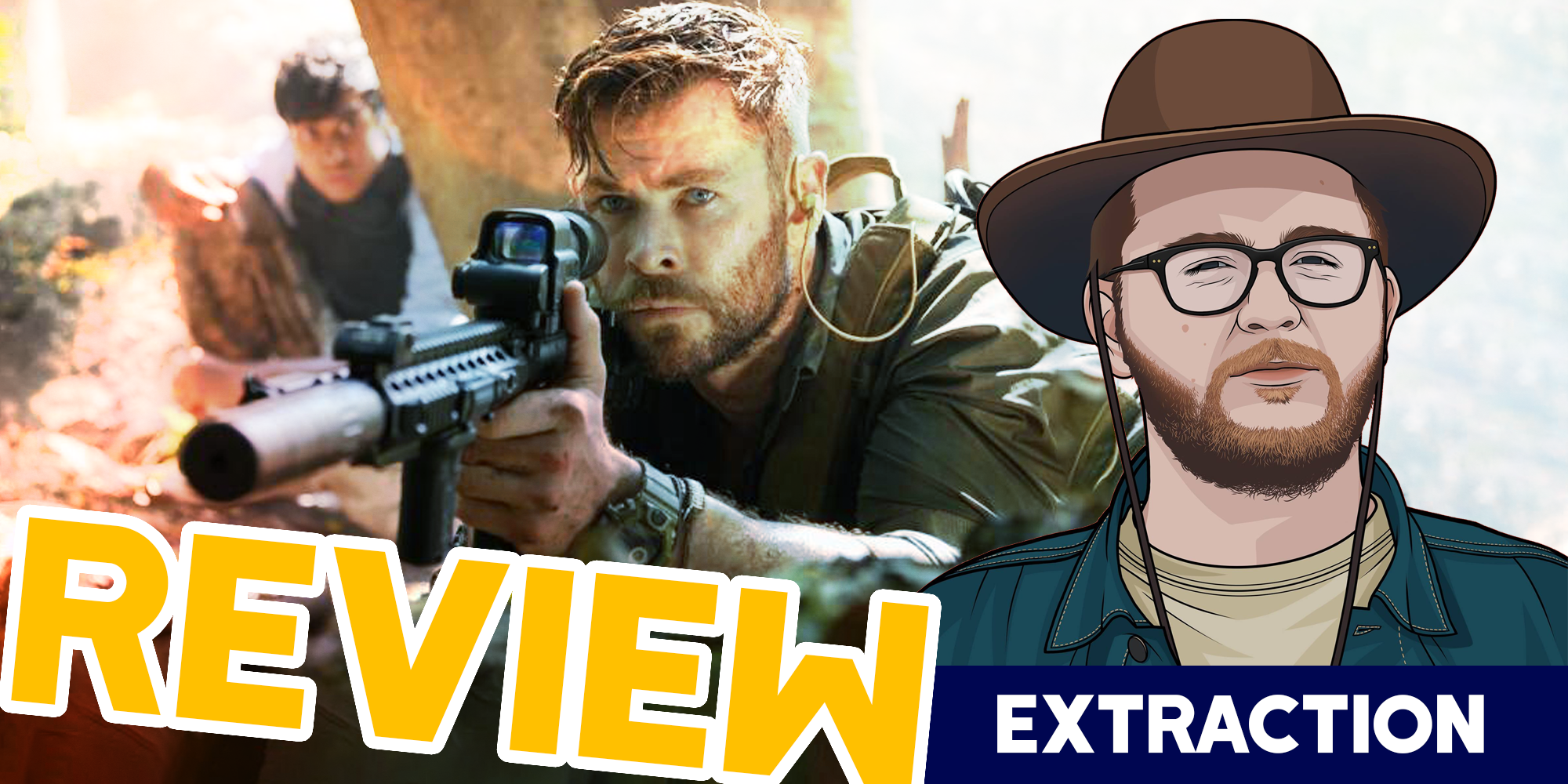 I’m sure there are a lot of us who are in need of a little excitement in our lives. And when I say that, I mean the good kind of excitement. And since most of us aren’t able to leave the house to find excitement, Netflix will have to do.

That’s where Extraction comes in. This Netflix original is former stuntman Sam Hargrave’s directorial debut starring an all-too-familiar face: Chris Hemsworth. Based on the graphic novel Ciudad, co-written by the Russo brothers (directors of many of the most popular Marvel films), Extraction was adapted for screenplay by Joe Russo. With so many great veterans of the action genre both behind and in front of the camera, I was expecting this film to be at least a serviceable action flick.

And that’s basically what it is. You get what you paid for (even though you’re not really paying anything aside from your monthly subscription to Netflix). It’s a fun little romp that tries to have a little emotional substance to it but doesn’t pull through 100%.

Our favorite hammer-wielding Australian plays Tyler Rake who is a mercenary for hire with a troubled past. (**last two words must be said in a dramatic tone**) When the son of a crime lord is kidnapped, Tyler Rake is hired and flown all the way from Australia to Bangladesh to rescue the kid. Because apparently, he is the only man for the job. What ensues is a rescue mission littered with twists and turns and obstacles that can will you on the edge of your seat.

The story does pretty well as your run-of-the-mill “cool fighting guy in a foreign country on a rescue mission”-type movie. I think the film is best when things are really moving in the plot and important things are happening. The film definitely does suffer when it slows down and tries to bring in some dramatic elements. It just seems too forced and unnecessary for an action film. Like, one minute, everyone’s running for their lives and fighting bad guys. The next minute, Thor is crying over his really sad past that we didn’t know about?

I also wasn’t a huge fan of the ending. But I’ll refrain from talking about it, as I’m trying to keep my reviews mostly spoiler-free.

The acting is pretty good. Not a whole lot to say about it. Of course, you don’t always need Oscar-worthy performances in an action flick. I think Chris Hemsworth has definitely found a genre that fits him when he’s not bashing in alien faces. It’s interesting to actually hear his real accent rather than his usual British Thor accent. He does well as the rough, battle-worn mercenary who also throws out the casual sarcastic remark. It is a little jarring, though, when they try to make him sympathetic out of nowhere. But that’s more of a script thing.

The kid, who’s name is Ovi, played by Rudhraksh Jaiswal, does a good job in this film as well! Good child actors are hard to come by these days, and I really feel like he holds up his own in this. I really liked the chemistry between his and Chris Hemsworth’s characters; they played off each other well.

There was also this guy Saju, played by Randeep Hooda. Saju works for Ovi’s dad and was also asked to rescue his son. I got a little lost on why both he and Tyler Rake were hired individually. But I actually also liked his character. I got some serious Winter Soldier vibes from him—that is, if Winter Soldier was nicer and had a family. But he was cool, and I liked how he could be this well-trained, ex-military-type guy while also being a loving father and husband. His emotional side made more sense to me than Tyler Rake’s.

Nik is played by Golshifteh Farahani. She is also a mercenary, but she acts like she’s Tyler’s ex-girlfriend or something. The only role she really has in the film is to be the person on the phone, telling Tyler what to do. She has one moment where she gets to shoot a gun. But I feel like they should’ve established that side of her character a lot better than they did, maybe get her to be a part of the action a bit more.

The villain of the movie is the enemy drug lord, Amir Asif, who is played by Priyanshu Painyuli. This was an interesting character that I would’ve liked to see fleshed out more. He had an interesting presence on screen. But when everything is going crazy and things are actually happening in the movie, he just kinda stands there and watches.

David Harbour also had a short appearance in the film as another mercenary, I guess. I’m sorry, but I had a hard time not seeing him as Hopper from Stranger Things. But I grew out of it eventually.

The script is pretty decent. Like I said earlier, as action flicks go, it’s serviceable. There wasn’t really anything I found wrong with the dialogue. There were actually a few times I thought some of the jokes were funny – mostly the dialogue between Chris Hemsworth and the kid. However, there is one point in the middle of the film where the script lags a bit and comes off as overly emotional.

At first, the cinematography doesn’t seem like anything special. It seems pretty competent. But the cinematography really shines during the action scenes. It’s not too shaky, and it doesn’t make you dizzy. It’s very smooth and follows the activity well.

That brings me to the best part of the film: the action. Considering that the director had been a stuntman before directing, it makes sense that the action was the strongest part of the film. Everything, including the camera movements, works together so well in these scenes. The choreography is great. It really feels like people are getting hurt. But it’s also just fun to watch. If you’ve heard of this film before, you’ve probably heard of the eleven-minute long, single-take action sequence in the film. It is pretty fantastic and easily the best scene in the film. That scene alone makes this movie worth seeing.

With all that being said, it’s sad to say that the special effects are not consistently amazing. There is truth in the statement that the best CGI effects are the ones you don’t notice. But I have to say that there were quite a few gunshots and explosions I caught that in no way could’ve been practical effects.

All that being said, I think the fun outweighs the negatives in this film. So, if you’re up for an adrenaline-rushed, action-packed flick, I would definitely recommend it. Especially if you’re a Thor fan, ladies.

I will say, though, that this movie did make me want to watch Black Hawk Down again for some reason.