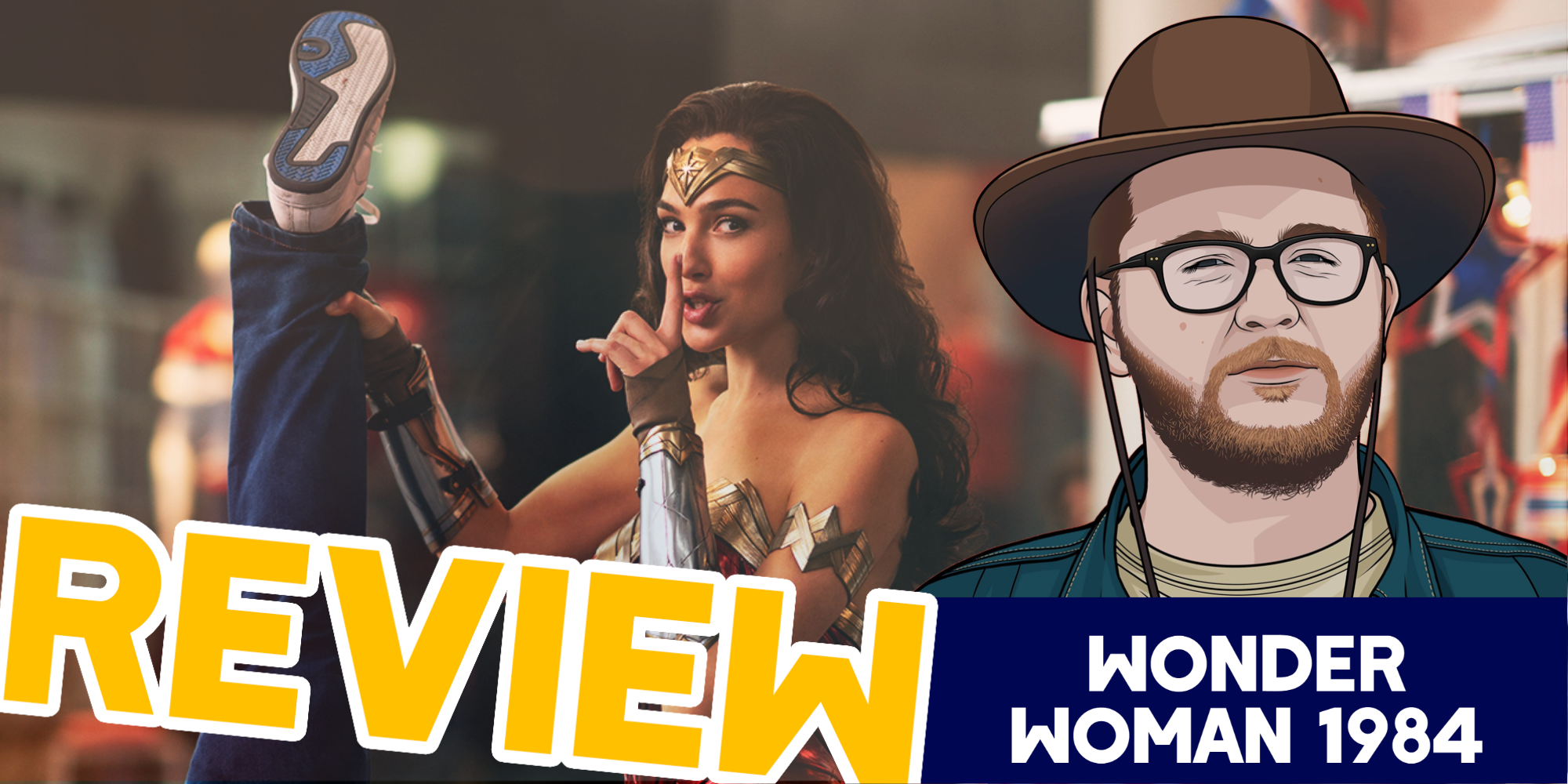 After much delay due to COVID-19, DC’s Wonder Woman 1984 was finally released in theaters and on HBO Max on Christmas 2020. While I really miss going out to theaters, I was not excited to venture out to see this one. I must admit that I was never the biggest fan of the first Wonder Woman film. Sure, it wasn’t the complete mess that most of DC’s previous endeavors were, such as Justice League, Suicide Squad, and Batman Vs Superman. There were aspects of it that made it digestible compared to its DC predecessors. But, overall, I found it lacking quality in many areas, including the script, the acting, and the special effects.

When WW84 came out, it wasn’t getting the rave reviews that its predecessor recieved, so you can understand why I wasn’t stoked to see this one. Therefore, I watched it with very low expectations. I think that mindset might’ve helped my viewing experience!

I honestly couldn’t believe how silly the premise was. It seems even sillier in retrospect. It’s all about wishes. A superhero movie… about wishes. What is it, a Disney movie?

It’s the 80s, and Wonder Woman—or Princess Diana—is a single woman who works at the Smithsonian. During a corny bad guy takedown, Wonder Woman discovers ancient artifacts being sold in an illegal side-hustle. One particular artifact can grant wishes but at a price, and it not only grabs Diana’s attention but also the interest of famous millionaire Max Lord. Max Lord gets a hold of the wishing stone and wishes to become one with the wishing stone. Then he goes around asking for people’s wishes so the price of their wishes benefits him. Thus, Max causes the world to fall apart and Wonder Woman has to step in to save the day. Oh, and also, Wonder Woman accidentally wished Chris Pine’s character – her late boyfriend – back to life.

Honestly, this plot would have been servicable if the writers hadn’t taken it so seriously. Many moments in this flick must’ve looked silly on paper, but the way that the music was scored and the way scenes were shot, it’s obvious that the movie wanted you to take it seriously. If this movie was something more like Sam Raimi’s Spiderman films or even its DCEU peer, Shazam, and it owned its cheesiness, it would’ve worked a lot better. It almost seemed like it was going for a lighter tone at the beginning with the quirky mall bad guy chase, but the rest of the film is played out so dramatically that it feels tonally confused.

There were too many nonsensical plot points in this film. Kristen Wiig’s character was utterly pointless and didn’t offer anything to the story. I really hate it when superhero movies have too many villains in them. It didn’t work for Spiderman 3 or The Amazing Spiderman 2. In fact, I couldn’t help but think of Jamie Foxx’s portrayal of Electro, as well as Catwoman in Batman Returns, while watching Kristen Wiig’s character. If the editors had cut her out and focused on Max Lord, it would’ve been… maybe not good, but, at least, better!

Also, did they need to bring Chris Pine back? I mean, yeah, they had good chemistry, and he was one of the best parts of the first movie, but it didn’t make sense in this story. It’s been around sixty to seventy years since she last saw him, and she still hasn’t gotten over him? She hasn’t moved on to find someone else? It felt far too unrealisitc. Why not give her another love interest who could serve as her “sidekick”? Perhaps a fellow Smithsonian scientist – not necessarily even a love interest, but a female coworker. That would’ve worked better for Kristen Wiig’s role, rather than have her devolve into a jealous rival!

And the way they brought Chris Pine back was too bizarre. Diana’s wish for his return was an accident, and he doesn’t even come back as himself! He takes over—possesses?—another man’s similar body. When Diana figures out it’s her old boyfriend— her easy acceptance of him surprised me—she just imagines him as what Chris Pine looks and sounds like, and that’s how we see him for the rest of the movie. Why make it so convoluted and somewhat disturbing? Just have him appear as himself!

The only thing I found redeeming about this flick was Pedro Pascal’s performance as Max Lord. I have yet to see him in The Mandalorian or Narcos, but I do remember enjoying him as Oberyn Martell in Game of Thrones. Apparently he’s very popular in the other two shows as well, so it makes sense that his performance in WW84 would stand out. As campy as the movie was,  Pascal put his all into Max Lord. In fact, I’d say that Max Lord is the only compelling character in the movie. His drive for success and his desire for respect is understandable. I probably would’ve felt sympathy for him if the screenwriters hadn’t hammed up the story and given him some terrible dialogue. (An actual line of his from the movie: “I need to be able to touch everyone at once.” Ew.)

The other characters were forgettable. Even Diana was boring in this. You barely see any Wonder Woman action in this movie. She’s a blank slate without any definable personality traits who occasionally uses her powers. She was at least relatable in the first Wonder Woman movie. I don’t think of Gal Gadot as a great actress. I felt like they chose her for the role because of how similarly she looks to the comic book character.

I have to say, my favorite from Gadot in this film is when she pauses mid-fight and nearly looks into the camera to say, “I hate guns.” Comedy gold.

As far as technical aspects of the film, the cinematography wasn’t anything special, the music was overbearing at times, and the special effects were mediocre at best – mostly bad. The script was boring, confusing, and cheesy.

Will I ever watch WW84 again? No. Do I recommend it? Not really. It does content a few entertaining moments, mostly with Pedro Pascal, and some of them unintentionally so. Just don’t pay good money to see it. Hopefully there are better DC movies on the horizon.

Want to hear more thoughts on this film? Check out Kevin’s review!

Christian movies often market faith like a product, magnifying the positives of salvation while failing to mention the struggles Christians face in life after choosing to follow Jesus.