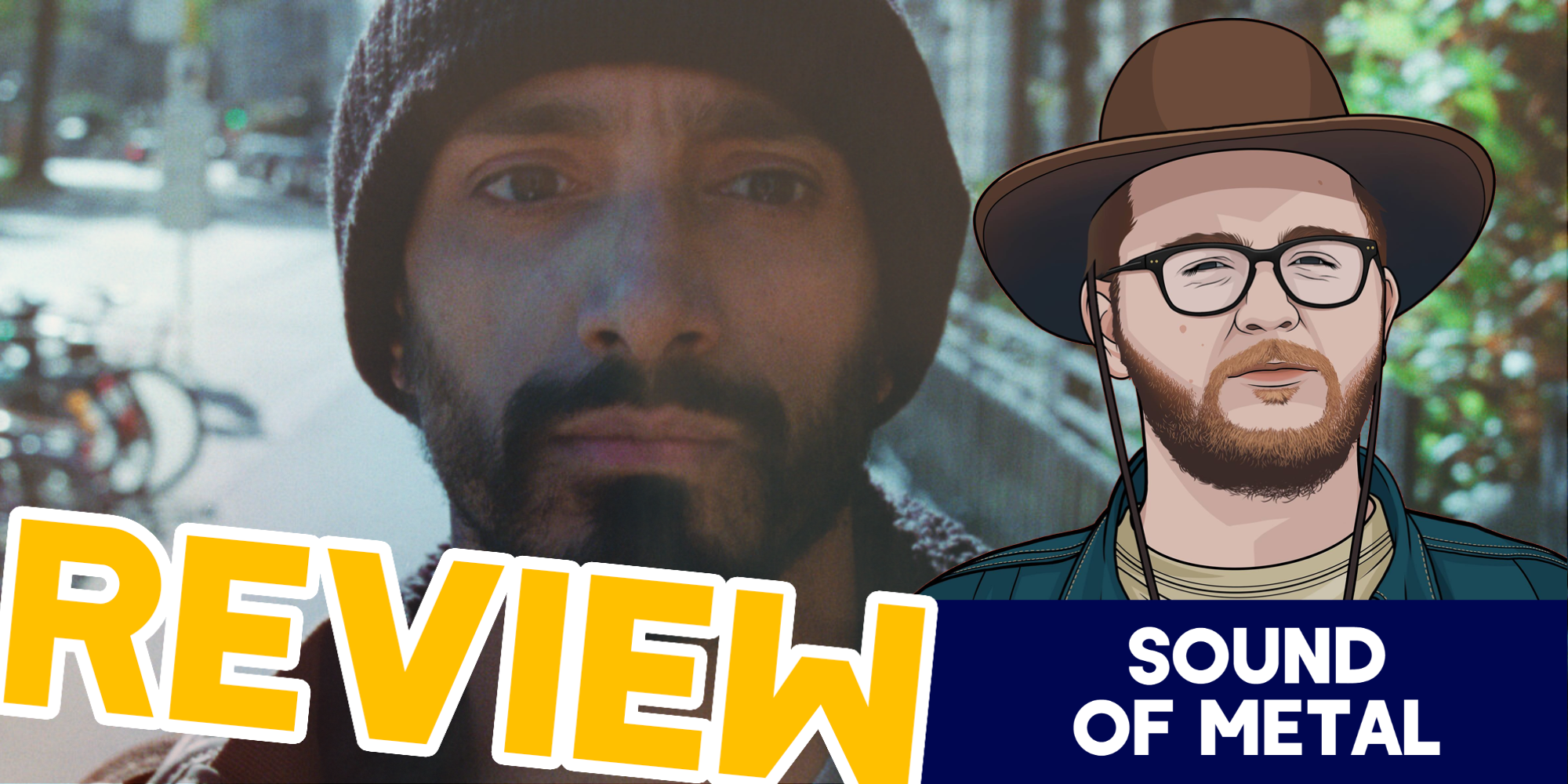 Being a drummer myself, I am drawn to films about drumming, Whiplash being a particular favorite. Sound Of Metal, Amazon Prime’s latest original release, definitely piqued my interest. Although, if any of you have already seen the film or watched the trailers, you know that Sound Of Metal hardly has much to do with drumming after the first act.

Ruben is the drummer in a metal duo with his girlfriend, Lou, who plays the guitar and sings. While on tour, Ruben notices his hearing slowly starting to deteriorate until, finally, his hearing is almost completely gone and he can no longer play. Concerned for his well-being as well as his sobriety—as Ruben is a recovering addict—Lou demands Ruben to join a community for deaf recovering addicts. While there, Ruben learns sign language and learns how to work past his addictions and his hearing loss.

Knowing the premise of the film, I wasn’t expecting a whole lot out of it. I anticipated a typical “inspirational film about a guy with a handicap who has to work past it” where Ruben would play very well at the end and everyone would clap. Fortunately, we are spared the cheesiness and instead are given a surprisingly compelling story.

This film offers a very unique perspective on dealing with disabilities. I’m not going to spoil Ruben’s journey for you, but I can’t help but wonder if this story wasn’t inspired by someone’s personal journey, as it is very specific. It does a great job portraying all of the frustrations that involve having one’s life changed dramatically.

I really appreciated how they portrayed deafness in this film with the audio going in and out, between Ruben hearing things clearly to hearing muffled, non-distinctive sounds. The thought of losing my hearing has always terrified me, and Sound Of Metal brings forth that anxiety effectively. Not trying to make an inappropriate pun or joke, but it is powerful to see (or hear) the story through the main character’s eyes (or ears).

Speaking of hearing things, I really love this film’s minimalistic soundtrack. In fact, the soundtrack is almost non-existent, which I believe is very effective for this story. When music is present, it’s pretty much just an atmospheric, melodic droning sound. Not the kind of soundtrack that I would buy on vinyl. But it definitely fits the mood this film is going for.

Riz Ahmed gives a career-best performance which I believe is worthy of an Oscar this year. Having enjoyed him in films like Nightcrawler and The Sisters Brothers, I’m glad to see him take the lead and advance his career in this one. He brings a lot of heart, emotion, and relatability to the character, getting you to genuinely care about his journey. Every moment of desperation, every moment of helplessness, every moment of love and hope is communicated strongly through his performance. (Also, as a musician, I really appreciate how he can actually play drums and play them well.)

Olivia Cooke is also fun to watch as Ruben’s girlfriend, and Paul Race is cast perfectly as the charismatic but wise and kind leader of the deaf addicts’ community.

I truly admire films that make me rethink things. Watching this film made me reevaluate thoughts concerning deafness and disabilities in general. It showed me concepts that I had never before considered. This film is a compelling story about a young man who was forced to learn how to deal with a difficult change – something I think we can all relate to.

This quickly became one of my most favorite films of 2020, and I highly recommend anyone check it out. 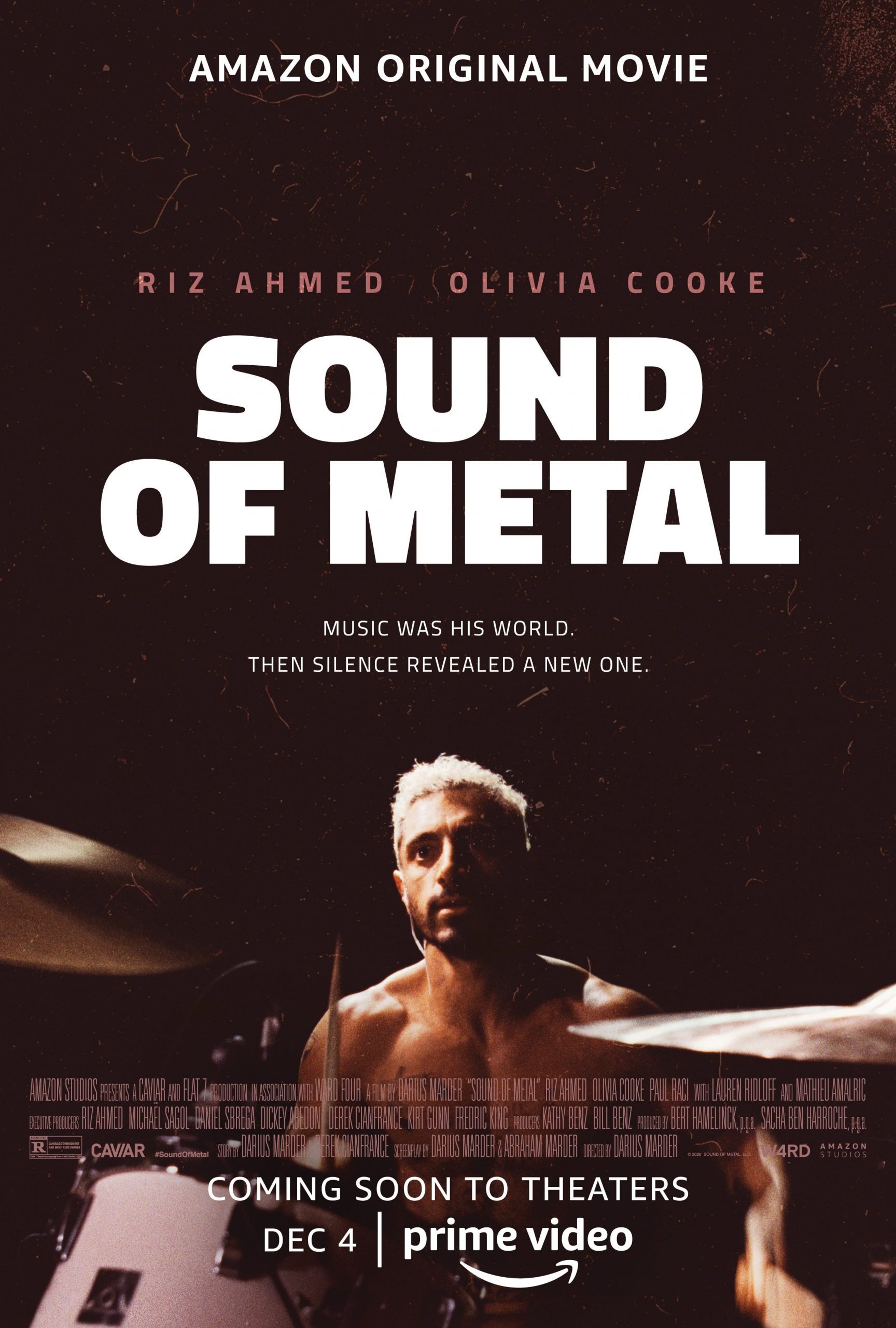