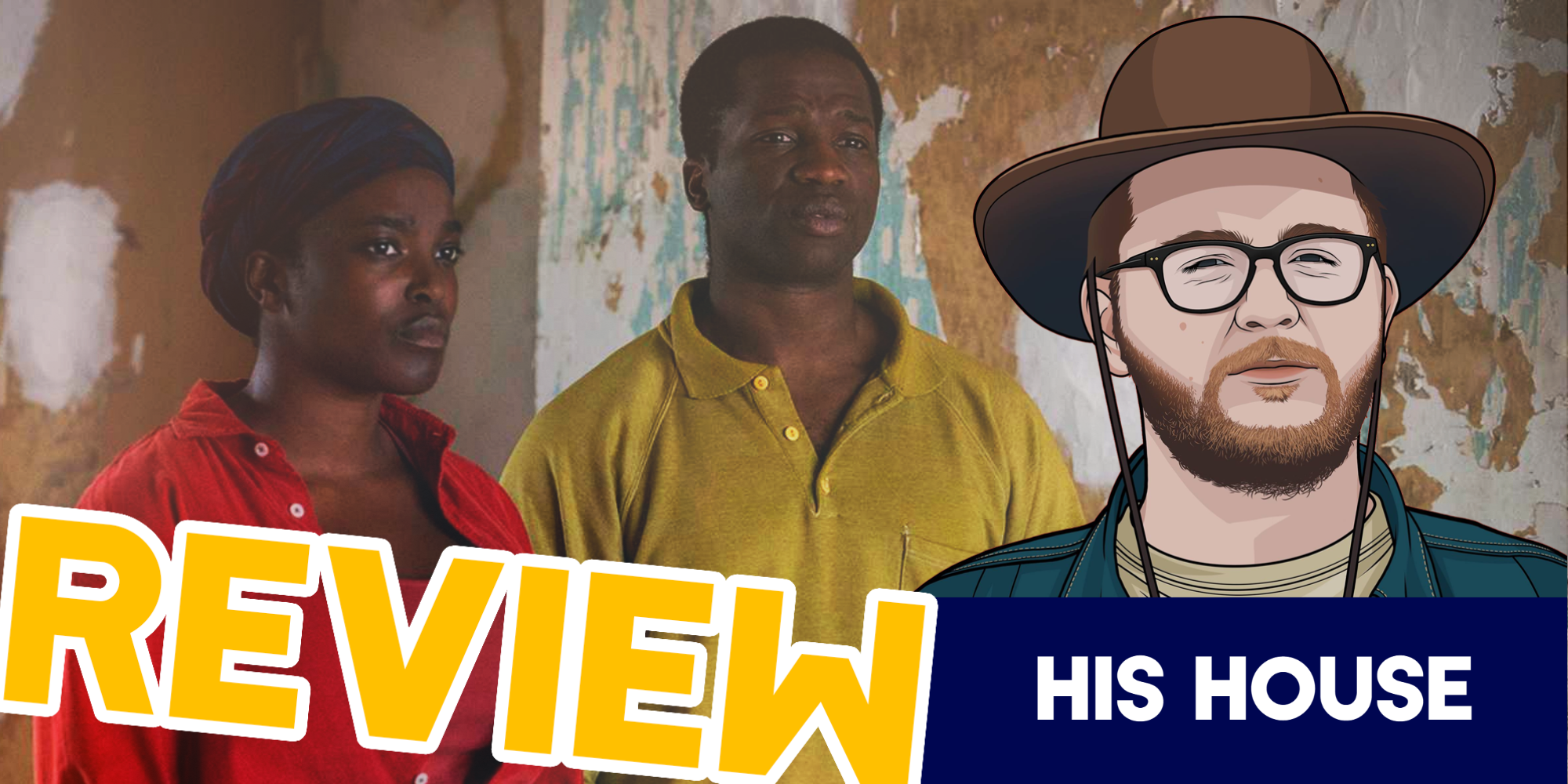 I know, I know – we’ve already passed Halloween. But that doesn’t mean that we can’t still enjoy a good horror film! Netflix’s recent release, His House, might be right up your alley.

In His House, we have a very unique take on the horror genre. Bol and Rial Majur are a refugee husband and wife from violent-ridden South Sudan to a town in England. Having lost their daughter, Nyagak, in the Mediterranean while fleeing their homeland, Bol and Rial are forced to adjust to a new life while grieving their child. The young couple are put in a shabby government home and they try to make the best of it, despite bugs in the house and ripped wallpaper. Bol tries to fit into English culture and adapt their customs while Rial is missing her home country.

Yet, while both are dealing with the change in their own ways, some strange things happen in their house. Ghosts show up everywhere, voices can be heard, and both Bol and Rial see visions of their deceased daughter. Not wanting to be kicked out of their home, the couple do their best not to lose their sanity. But, when Rial starts to believe that they’re being haunted by a night witch and that they must leave, Bol becomes stubborn and refuses to leave his new home, choosing to fight for his right to stay and begin a new life.

It’s a very unique setting for a horror story. I love its originality. In classic Jordan Peele fashion, this film decides to use the horror genre as a vehicle to tackle deeper subjects. Its commentary on immigration isn’t incessant, but it definitely is prevalent. It’s a very believable setting for our characters. I also appreciate how it made the “Yeah, this house is haunted, but we’re not gonna leave it” scenario a lot more believable.

The emotional aspects of the film are very compelling, delving into what it’s like living in a new world and feeling you don’t belong. Bol’s determination to make a new life for his family is endearing and yet you see that it is causing a rift between him and his wife. And, as they deal with grief, the hauntings increase the growing tension.

Honestly, the main issues I had with the film occurred during the horror scenes. Most of the film does a great job at mastering subtlety in horror like my favorites do: The Witch, Hereditary, and Midsommar. However, whenever the film decides it really wants to scare you, it comes off as a bit “tropey.” Even the music, which is fitting during most of the film, becomes overbearing in these scenes. For me, it was hard to feel scared in those moments. The lacking special effects didn’t help sell the mood, either.

It is a shame because I feel like the film’s strengths were in its elusiveness rather than in being in-your-face scary. If they would’ve continued going in that direction, it would’ve been more effective to me.

This film is also shot very well. A lot of thought clearly went into each scene. I really appreciated the subtle visuals sprinkled throughout the film that further illustrated what was going on between Bol and Rial.

There are so many great things happening in His House that I think they outshine the flaws. I will admit that I may have to watch it once more in order to fully appreciate it. Thanks to the emotional journey of the character, I would not mind rewatching it.

Overall, I really enjoyed this film. If you’re in the market for a subtle horror story with deep, real-world themes, then His House may be perfect for you! 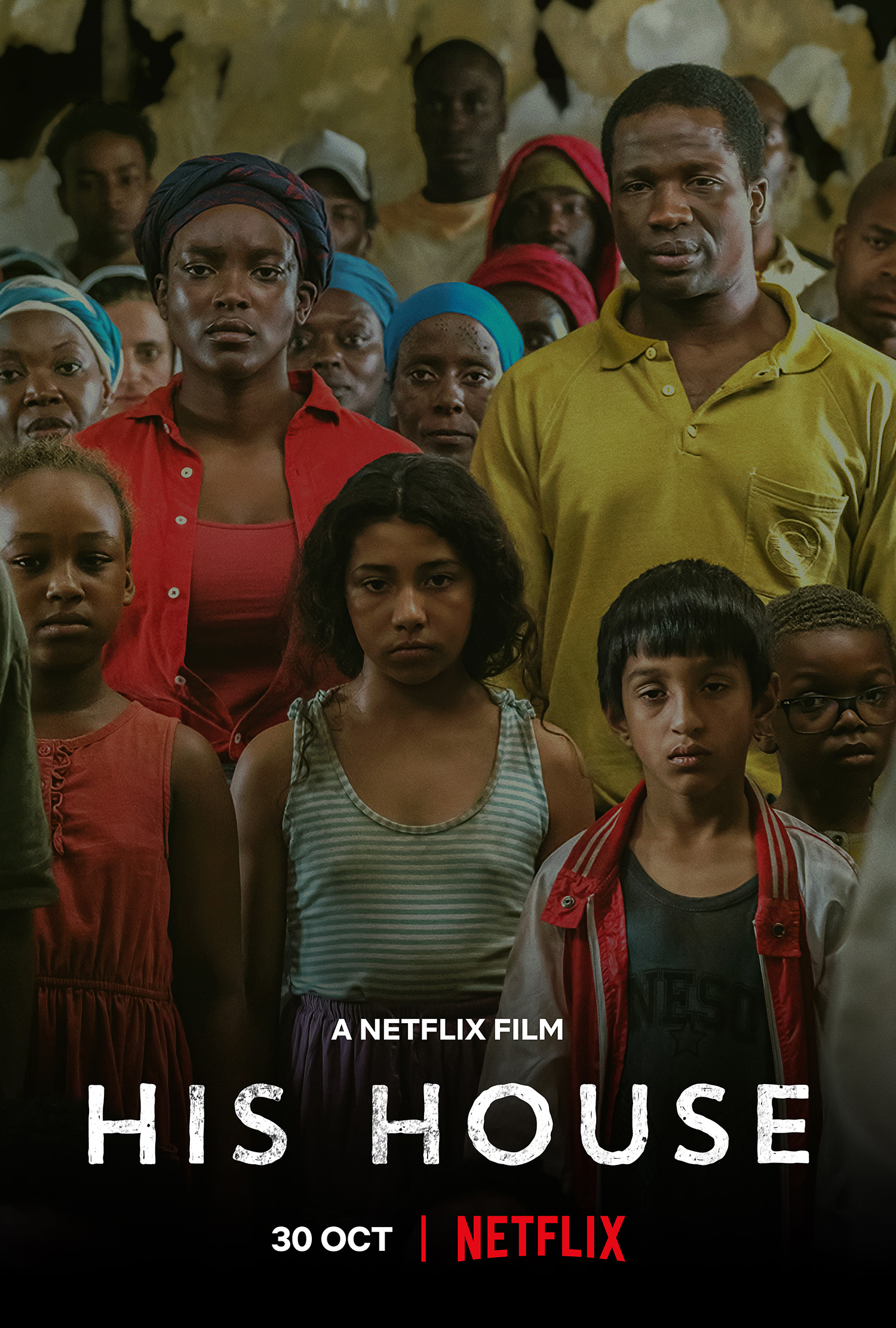