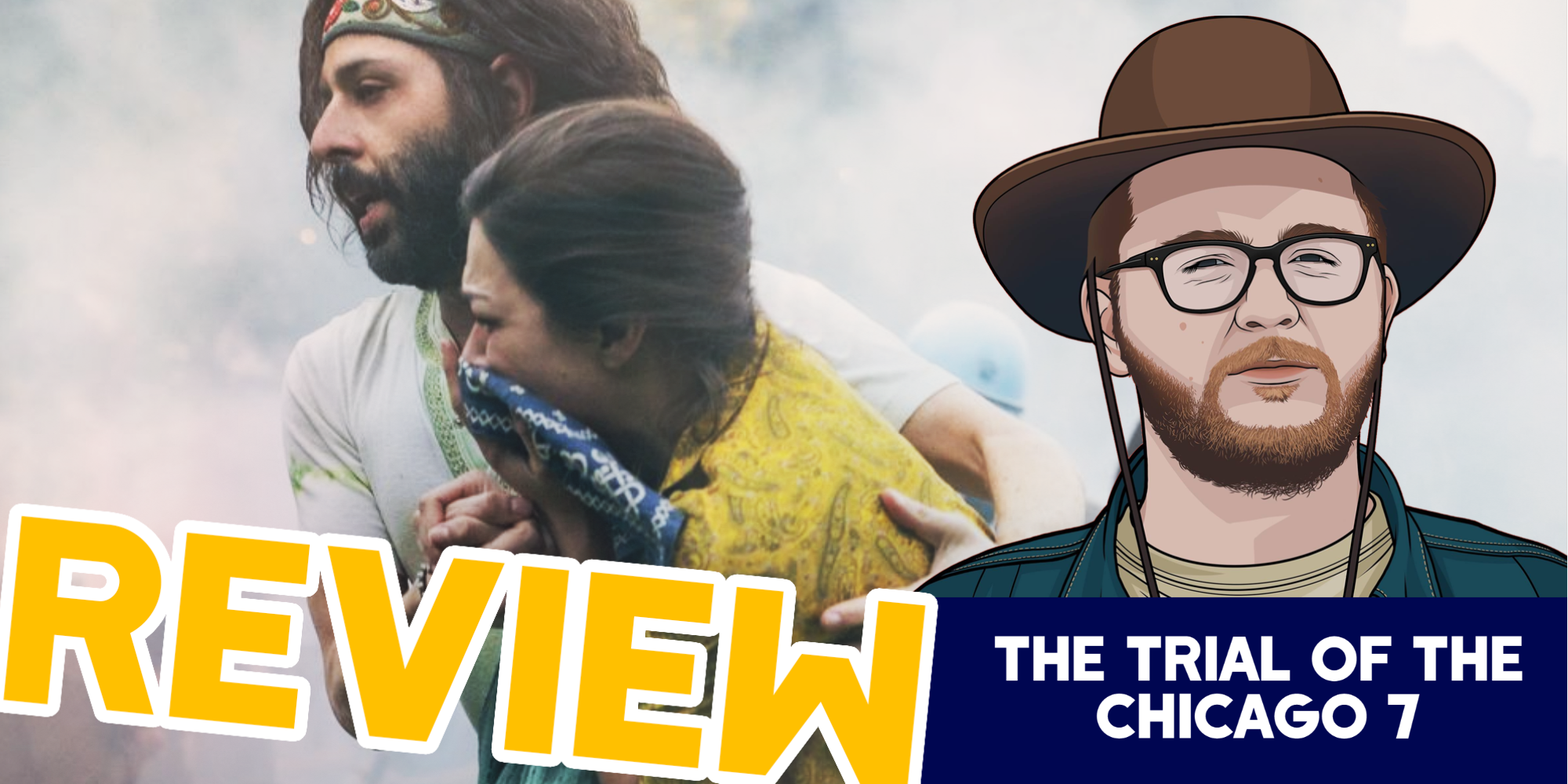 Are you tired of our current political climate? Yes? Well, I have a solution for you! Just watch a film about the political tension of 50 years ago!

Enter The Trial of the Chicago 7, Netflix’s latest historical film about the infamous 1969 trial of seven individuals who were charged with instigating the riots that took place in Chicago at the 1968 Democratic National Convention. The riots stemmed from an anti-Vietnam War protest that got complicated when the police showed up. The whole film shares details of the trial from the perspectives of both the defendants and the prosecutors.

Now, I didn’t know anything about this story beforehand, so I was genuinely interested in seeing this film. I will say, though, that I was a little skeptical about what the motivations of the release were. Would they pull a “Spike Lee” and try to relate the events of this film to modern-day conflicts? Well, whatever the intentions of the filmmakers were, I am happy to report that, at face value, I didn’t feel like the script had any such agenda.

In fact, I can safely say that I enjoyed this film. It was a provocative, engaging story. I was very engrossed in the development of the plot, and I felt like the editing and how the film was paced were some of the film’s greatest strengths. The film was two hours long, yet I didn’t feel like it dragged at all. Even the start of the film didn’t waste any time.

I really liked how the film started, as it used creative ways to explain the historical context and introduce its main characters. It’s very fast-paced, yet not hard to follow, and it makes good use of historical footage sprinkled between scripted scenes to explain the context— a tactic used in other parts of the film as well.

I also enjoyed the format of the film when it came to showing what took place outside the DNC. Instead of a chronological structure, the film shows the events through the testimonies of the trial, cutting from the trial to flashbacks of the event. It’s a very creative method of giving information without slowing down the film.

Also, we meet again, Sacha Baron Cohen! Cohen plays Abbie Hoffman alongside Jeremy Strong as Jerry Rubin. Both characters were founders of the Youth International Party and on trial for the riots. Cohen and Strong are basically used as the comedic relief of this film. And, although some of their antics can come off as annoying as I’m sure they were for the members of the court, they still were a good laugh earned from solid performances.

Some other strong performances were Yahya Abdul-Mateen II as Bobby Seale, the leader of the Black Panthers who was also on trial, and Joseph Gordon-Levitt making his second appearance in a film this year as Richard Schultz, the prosecuting attorney in this film. It’s good to have him back! Even Michael Keaton makes a short appearance in this film.

Eddie Redmayne plays Tom Hayden, a political activist who is also put on trial. He’s the only actor I had an issue with. He wasn’t terrible, but something about his performance came off as annoying. It may be a preference issue, because of his general demeanor, but there were plenty of times where he came across as overdramatic.

Now, with almost every historical film or biopic, there most certainly will be some examples of the script taking creative liberties with the story. This film is no exception. As far as I know, the film is mostly accurate. But, after doing some research, I found that there were a handful of discrepancies in this film. I usually don’t take issue with this sort of thing unless it comes off as completely dishonest and changes major themes or concepts in the original story or greatly hinders the film’s quality. And, in this case, when I found out the true story of how the court case concluded, I remember thinking, “Wow, that would’ve been a lot better and a lot more effective,” especially since the film’s actual ending came off as incredibly cheesy and forced. That reminds me of another issue I had with the film…

The music is mostly enjoyable and effective in this film, especially during action-packed moments and montage-like segments. However, there were a few moments where the music came off as a bit — as the kids say — “extra.” For example, the aforementioned cheesy ending would’ve felt less cheesy if it wasn’t for the overdramatic score that killed the mood. There was also a scene that was building up to something intense and dramatic, but it was completely ruined when a rock song started playing and killed the emotional intrigue.

The film was also shot competently, but I don’t remember being particularly wowed by the cinematography. Overall, I think The Trial of the Chicago 7 is a fairly well-written film about a very inspiring, and, yet, disturbing story with good performances and solid courtroom drama. Check it out if you like the sound of that! 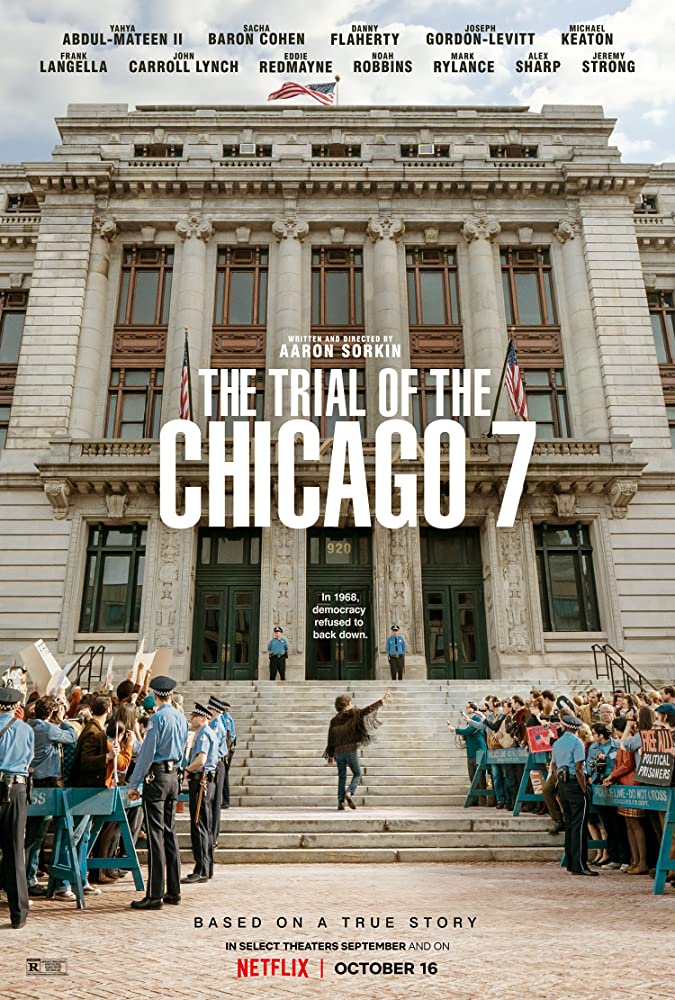