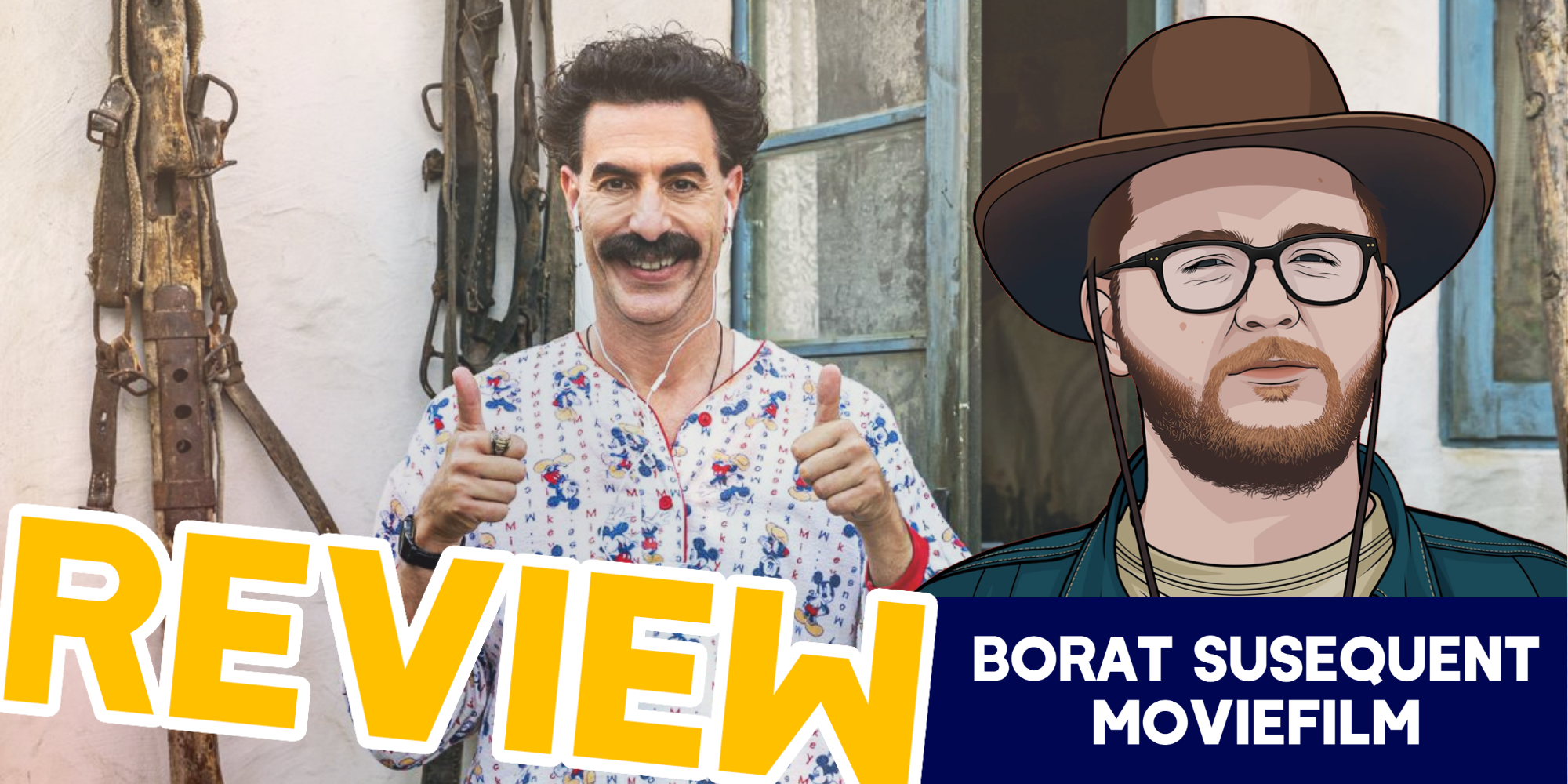 Borat and much of Sacha Baron Cohen’s career has never been the most accessible comedy for a lot of Christians, so I understand that this new sequel, Borat Subsequent Moviefilm, and my review of it might not be the most popular amongst the SGK crowd. But who knows? You guys could surprise me!

Suffice it to say that I was a big fan of the original film. Unlike its copycats, like Bad Grandpa, the edgy and shocking humor is both purposeful and hilarious for most of the movie. It’s not just edgy for the sake of being edgy, although others may argue that it is. I’m the person that doesn’t mind R-rated humor as long as it has a point and is clever. So, if you can’t say the same, I totally understand and would recommend you avoid both Borat films.

That being said, I consider the original Borat to be a hilarious and thought-provoking film that pushed the boundaries of what comedy could be. Not only was it funny, it also gave some interesting insight into how people react in certain situations. That makes it uncomfortable to watch in many different ways. For those of you who are not familiar with the plot, 90% of the film is Cohen’s character Borat interacting with people who don’t realize they are interacting with a comedian. They believe that Borat is a real person filming a documentary. Obviously, this format leads to a lot of interesting scenarios.

Now, how does this unpredicted sequel hold up to its predecessor? Right off the bat, I can say it’s not as good as the original. I feel like the first film was a lightning-in-a-bottle experience. But the sequel was still enjoyable. It was funny enough that the jokes didn’t flat, aside from a few — which I’ll get to shortly.

In this story, Borat has been imprisoned for life because of the embarrassment his last film brought to his home country of Kazakhstan. However, he is released at the beginning of the film with a mission from Kazakhstani leadership to bring a peace offering to the leader of the “US of A,” President Donald Trump, Borat  has to agree to the mission or he will be executed. After discovering that his 15-year old daughter Tutar (played by a 24-year old Maria Bakalova) has stowed-away with him to America, Borat decides to offer his daughter as a gift to the great American leader.

It’s a fun idea with potential, and I do believe this film met most of that potential. However, I think the fact that this film is a sequel to the unforgettable film that Borat was makes it harder to pull off. I remember when I first heard about this film, I thought, “Really? Hmm. How are they gonna top the first one or meet its standards?” Because, honestly, I feel like this format of “funny guy interacts with normal people” has been overdone in recent years, especially since Cohen has made several films and TV series’ with the same format, and he has a few imitators, such as Eric Andre and Johnny Knoxville.

The jokes in this film are funny, but they don’t have the same value to them as the ones in the first film. Maybe that is partially due to having that first watch experience and the shock that comes from it with the original film. But, either way, I didn’t find any of the moments in the sequel as iconic as most of the original film.

Sacha Baron Cohen is still a genius at staying in character while interacting with unknowing individuals. Maria Bakalova also does a good job standing next to Cohen as his comedy partner-in-crime. I even think they both have a believable relationship. I would say it’s one of the strengths of this story, giving it a little more heart than the first film. However, it wasn’t enough to make the sequel as memorable.

The other problem I had with this film—and this is a lot of what people have been talking about since its release—is the events surrounding the story. For those of you who don’t know, there are certain scenes that don’t put certain political figures in the best light. That’s usually a given in Sacha Baron Cohen’s productions, and the news and social media has been going crazy ever since. I don’t want to spoil anything, but I would honestly be okay with discussing my detailed opinions on these controversies in the comments.

All I’ll say is that, from my perspective, not everything is as black-and-white as many people and this film make it out to be. This especially becomes clear since everyone has the ability to research things for themselves these days.

There are also a couple of other scenes that are obviously doctored to make a scene look a certain way that it wasn’t at all. The reason I know that is, thanks to the age of smartphones, there are videos on YouTube that people took when they came across Sacha Baron Cohen filming this movie. Again, I would totally be down to discuss these things outside of this review.

The narrative of the film also seemed very biased against Republicans, Conservatives, and, of course, Trump supporters. Not that I have an issue with anyone who doesn’t like Trump; I just don’t appreciate films that seem to have the sole purpose of attacking a certain side of political dialogue. Halfway through the film, it just feels like its mission is to attack those people. The first film wasn’t as biased as the sequel. It seems like a dishonest reason to make a film, especially since Cohen himself had said years ago that he had retired the character of Borat for good. It can’t be a coincidence that this film was released just weeks before an important US election.

Anyway, I definitely have problems with this film, but not to the point that I didn’t get a good laugh out of watching it. I think what this film mostly suffers from is “sequelitis,” and that’s pretty normal. It doesn’t live up to its predecessor, but it’s still enjoyable. Be the judge for yourself! It may make you go, “Wawaweewa!” Or it may not. 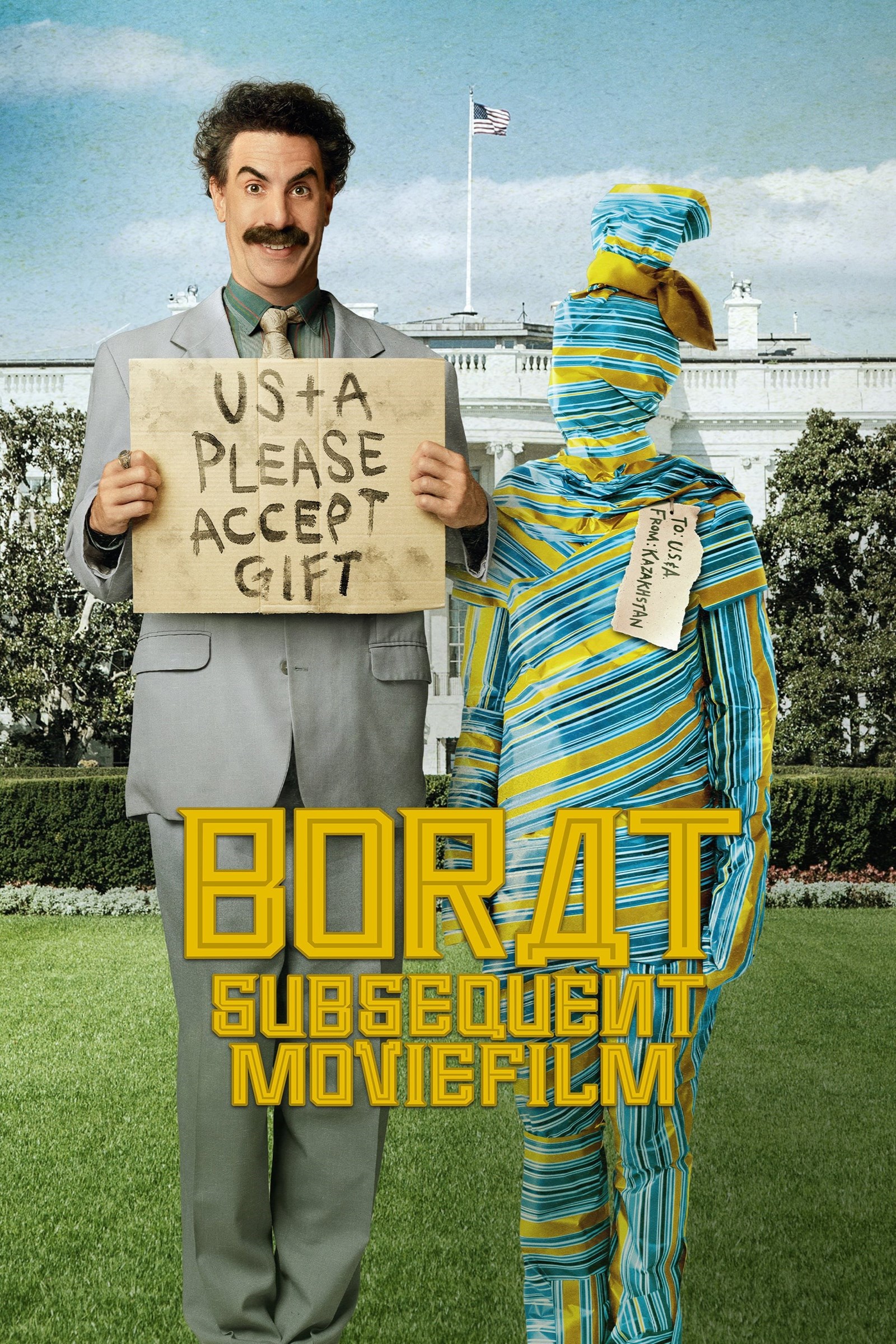