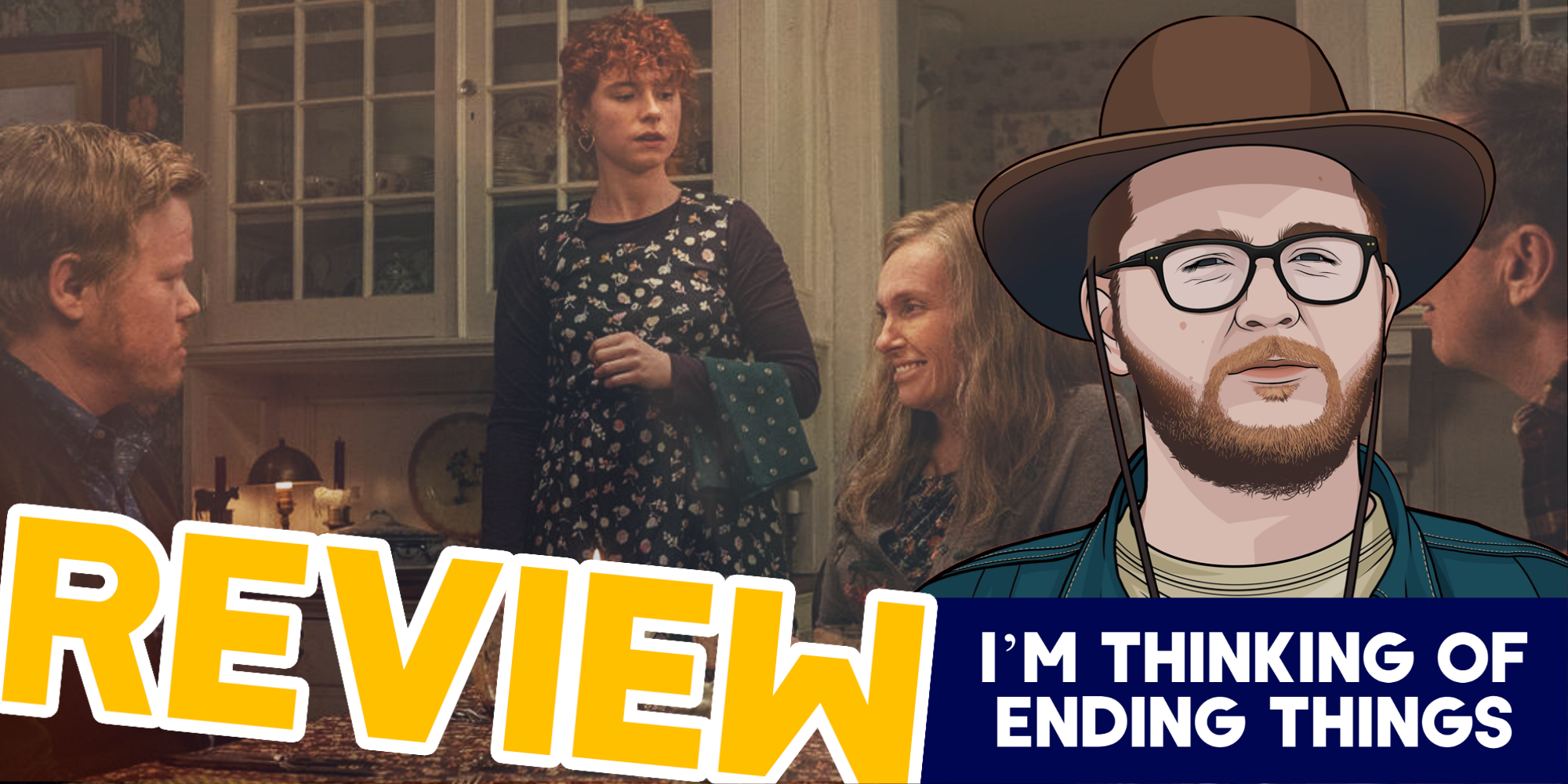 Have you ever had a dream that you woke up from and thought, “What the heck was that even?” That was this film for me. And I mean that in the best way possible.

I’m Thinking of Ending Things is one of the latest original films released on Netflix. Inspired by the acclaimed 2016 novel by Iain Reid, this story was adapted for screenplay and directed by Charlie Kaufman. Although his most popular work would arguably be the screenplays that he’s written — such as Being John Malkovich, Eternal Sunshine Of the Spotless Mind, and Adaptation — Kaufman has ventured a few times into directing his own films, such as Synecdoche, New York and Anomalisa. Those who have seen any of Kaufman’s works are familiar with his bizarre concepts, psychologically-twisting plots, and surreal narratives. This film takes the cake when it comes to all of these aspects.

So what is this film about? Who is thinking of ending what exactly, and why? Well, I’ll tell you. In this film, we are introduced to a young woman who seemingly has no name. (What is this, Tenet?) She’s been dating her boyfriend Jake for a few months now and — SPOILERS — she’s thinking of ending things. Despite this, she agrees to go on a road trip with Jake to meet his parents for the first time. As she spends time with Jake and his parents, she starts to notice very unusual things around their house and begins to question everything she knew about Jake and herself.

It sounds riveting, right? I hesitate to explain more for fear of spoiling anything. It really is best to watch it and experience it yourself with little-to-no context. Let me just say that this isn’t your everyday rom-com. As the film continues, it becomes apparent that the old farmhouse is not what it seems, and you start to experience the signature surrealism and bizarreness of Charlie Kaufman’s work. What unfolds is a brilliantly-crafted exploration of life, love, loss, regret, and what it means to live with your decisions.

This film was marketed as a horror film. At least, those are the vibes the trailer gives off. But, truthfully, you will find no jump scares in this film. There are some horror elements to it. The direction, editing, and performances do a great job at creating an unsettling atmosphere in certain scenes. There are also a couple scenes where something scary is alluded to, but it never leads to anything. Granted, I’m Thinking Of Ending Things is kind of its own genre, so I understand the struggle of marketing a film like this.

This film features spectacular performances. I’ve never seen Jessie Buckley in anything prior, but she did a terrific job playing the young woman. She was very charming, and I hope to see her in a lot more.

I’ve been seeing Jesse Plemons in more roles recently, and I think that’s a good thing. I believe he’s an underrated actor well deserving of lead roles. The shyness mixed with the insecurity and underlying anxiety he gives his character makes Jake relatable and believable.

And, of course, David Thewlis and Toni Collette are a lot of fun as Jake’s mother and father. David Thewlis does well as the awkward but endearing father-figure with his charming British accent. And honestly, Toni Collette is one of my favorite actresses working today. She steals every scene she is in.

This film also features excellent cinematography, lighting, and color-grading. It is a visual treat. Charlie Kaufman decided to film this production in a 4:3 ratio and it was well-utilized. The framing is magnificent and every shot is very intentional. This ratio forces you to pay more attention to what’s on screen. The color-grading and lighting work really well together to make this film look unique, adding a lot of personality to the production.

But what really makes I’m Thinking Of Ending Things worth the watch is its script. As I said before, I don’t want to explain much of it as doing so could spoil your viewing experience. I will say that this film is definitely a thinker. Long after you’ve finished the movie, you’ll still be mulling it over, wondering how to interpret it and what certain scenes represent. I definitely did. I enjoyed browsing YouTube and Google to watch and read  the ways other people have interpreted this film.

Now, is I’m Thinking Of Ending Things for everyone? No. I realize that this film has a very particular style,  which is an acquired taste. There are a lot of people who don’t like to think hard while being entertained and would rather watch something simple. And that’s totally fine!

I would say that if you’ve not been a fan of any of Charlie Kaufman’s past work, this film is probably not for you, as it goes even deeper than his past films. But, for me personally, this is my favorite film of this year so far. So I say give it a chance! 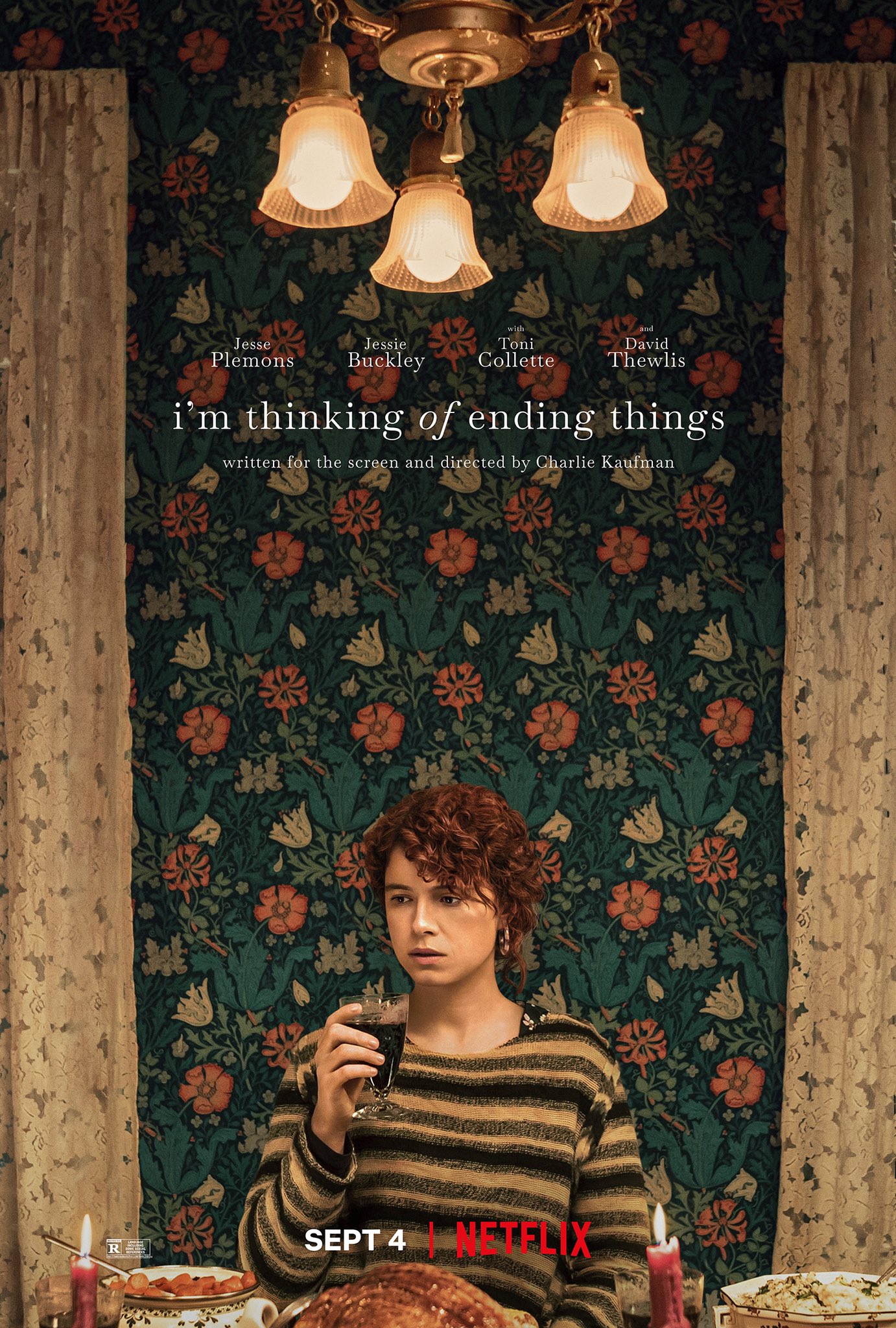