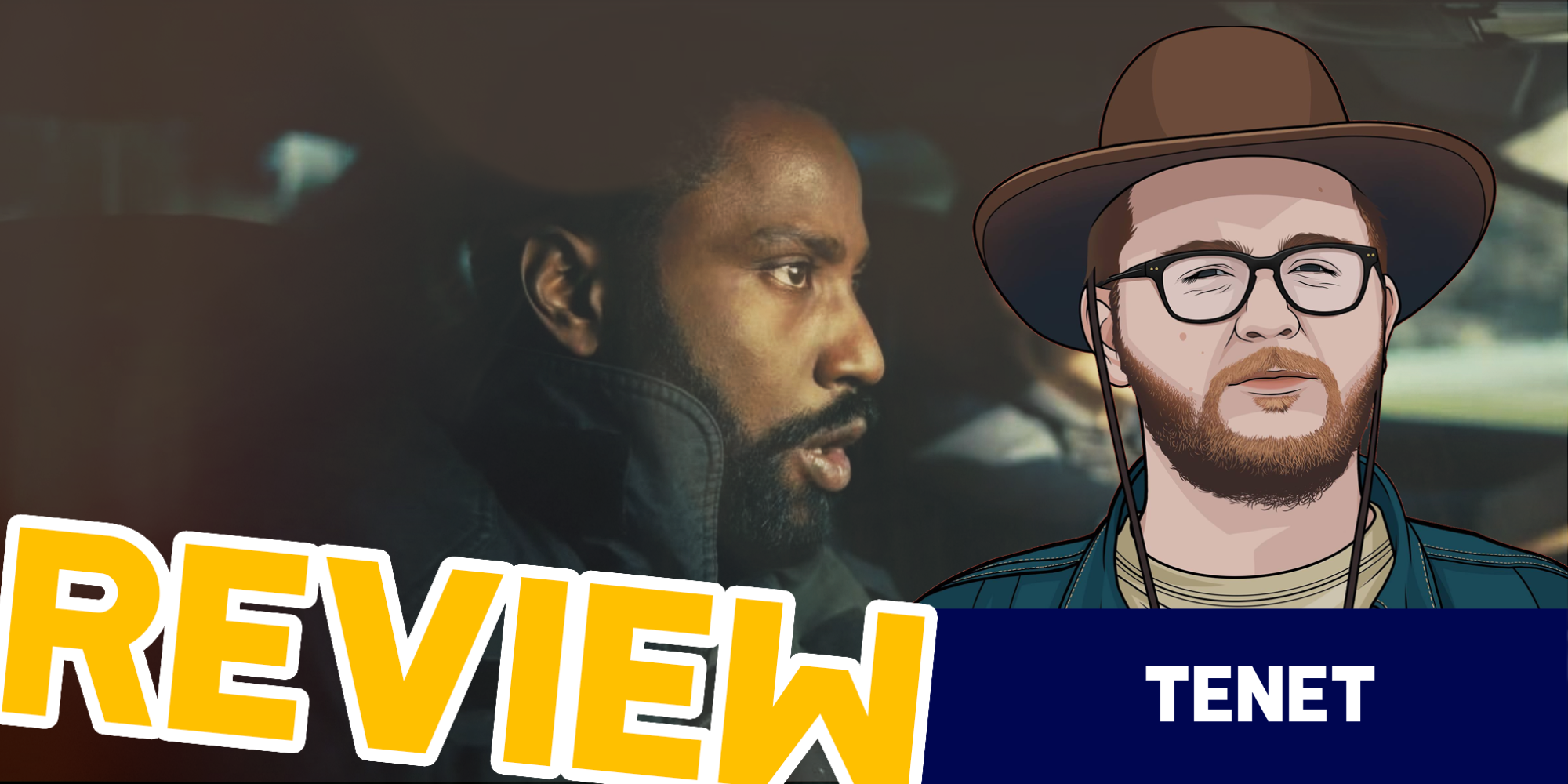 Guys, I actually did it: I braved the outside world and went to go see a real movie—not a Netflix or Hulu original—in an actual movie theater! I know, right? I’m such a risk-taker, living life on the edge! Like, does anyone even remember going to movie theaters? It feels like a lifetime ago…

In all seriousness, it felt really good to be back in the movie theater environment, reclining in those comfy chairs, friends eating popcorn next to me. And what was the film that motivated me to brave the potential viruses lurking on any surface just to watch on a bigger screen and louder sound system? It was Tenet, of course!

Tenet is the new summer action blockbuster from notable filmmaker Christopher Nolan, known for such films as The Dark Knight Trilogy, Inception, Dunkirk, and The Prestige – many of those being my favorite films! Christopher Nolan is one of those last directors that herds of people will go see his movies just because he directed it. There aren’t many directors like him these days.

Christopher Nolan’s films usually contain sci-fi gimmicks (i.e. dreams within dreams, going into space and traveling in time, cloning yourself just to be a great magician, etc.) and Tenet is no exception. This time around, it’s not time travel but time inversion. John David Washington plays The Protagonist—yeah, he actually has no name in this film—who is a CIA operative sent on a mission to investigate a technology that has been developed that allows objects and humans to move backwards through time. Craziness ensues as the Protagonist deals with Russian arms dealers, cars driving in reverse, and potentiality of the outbreak of World War III.

I’m stealing this from Jeremy Jahns, a fellow film critic. But I think it actually would’ve been more interesting if they didn’t already give away this film’s gimmick in it’s trailer and promotional material. Because it doesn’t actually become that prevalent in the story until a bit later into the film. Until it does, it’s just kind of just a good spy movie. But since many of us have seen the trailers, we’re kinda waiting to see crap flying backwards and such. It would’ve been quite a different experience if I didn’t expect any of that when it started happening. But of course, studios need to make money. So they have to show-off all the major aspects of the film to get people to get out of quarantine and into the theater.

One thing I will also say is this film definitely does not hold your hand, and that becomes abundantly clear in the first act. Everything from the scenes to the dialogue moves really fast, and it’s hard to understand who’s who and what’s what, what the plot is, and where everything is going. It’s like trying to board a moving train. You eventually get on, but you’re out of breath by the time you do. Not to spoil anything, but I have a good feeling that everything will make a lot more sense upon a second watch-through, which I would have no problem with! Some Nolan films have that effect on people.

Once you get past all the fast-moving plot points in the first act and get to the meat of the film, it is fantastic. You’re into the storyline, you’re into the action, you wanna know what’s going on and what’s gonna happen next. The characters aren’t the strongest aspect of the movie because it’s a very plot-driven film. But they’re not weak in the slightest.

John David Washington does a decent job as the lead. But to me, he wasn’t much more than a strong lead in an action movie. I was a bit more intrigued by the side characters. In the past couple years, I’ve grown into a huge Robert Pattinson fan, and he’s a lot of fun in this one. And, after being in such films as The Lighthouse and Good Time—which I would recommend everyone go see—, he has grown into much more than “the guy from Twilight.” Elizabeth Debicki also does a decent job in this, and Kenneth Branagh is almost unrecognizable as an angry, bearded Russian.

The biggest aspect of this film that really brings it home, and I know everyone is going to be talking about is it’s special effects and action sequences. This is one film that I can’t wait to watch the behind-the-scenes for because there were many moments in this film where I had no idea how they made it. And the fact that Christopher Nolan is notorious for avoiding CGI as much as possible makes it all the more interesting. I honestly don’t want to explain any more, because it’s almost a spoiler in itself. It’s best to watch the movie.

And as usual with most if not all Christopher Nolan films, Tenet looks great with its excellent cinematography and masterful lighting. However, the one technical issue this film has is that it doesn’t always sound great. The score is good, but the way the film mixes dialogue, sound effects, and the score is very poor at times. There are many moments in the film where the dialogue is overpowered by the score or the sound effects, and that’s very unfortunate, since the key to understanding the plot is being able to hear the dialogue.

All in all, I found it to be a very enjoyable, extremely pleasing, and smartly written film. Go to theaters and watch it for yourself… if you dare!