I Have Made A Mistake – The Kissing Booth 2 Review 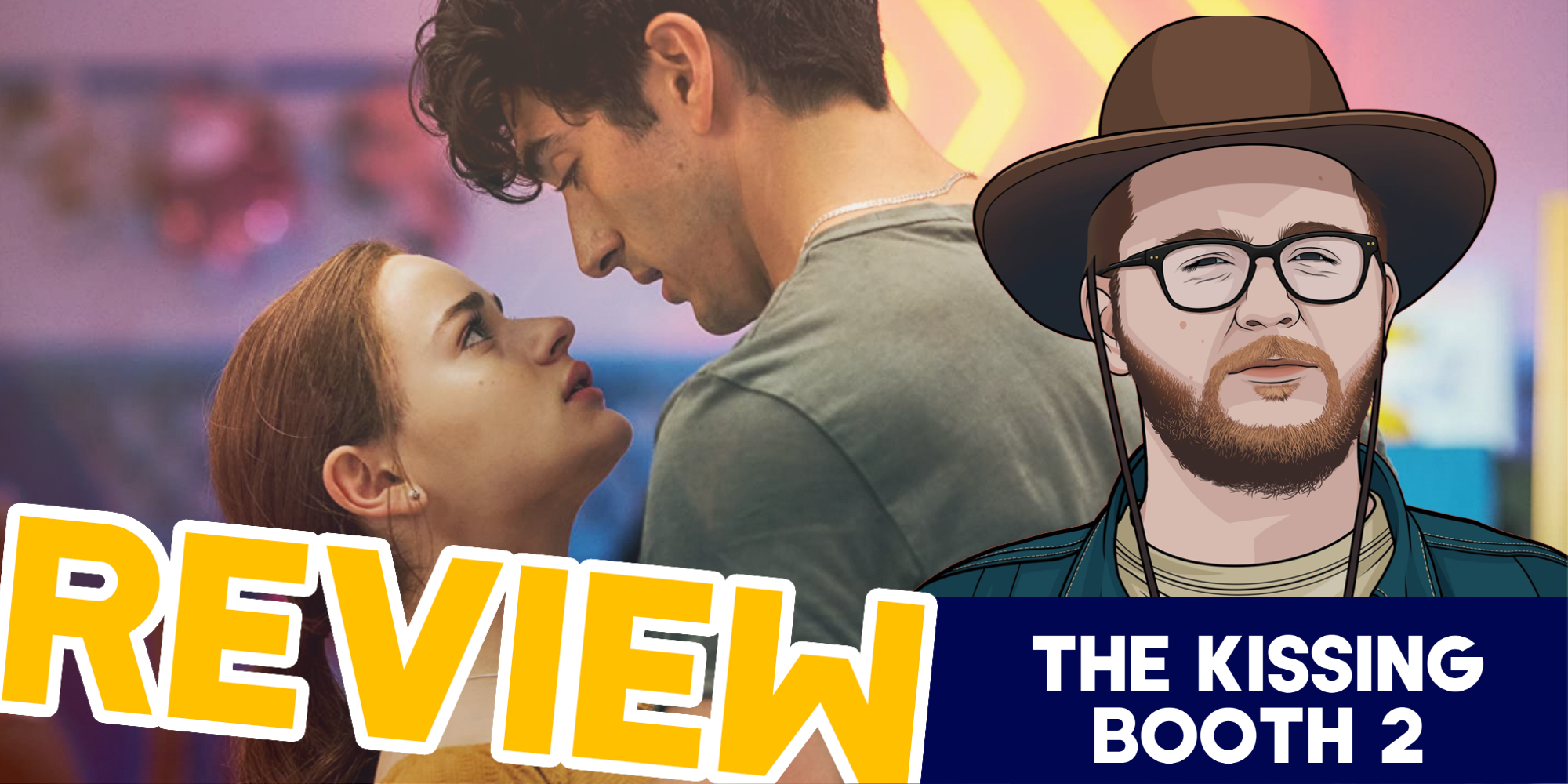 Today, I watched the amazing sequel to The Kissing Booth – The Kissing Booth 2. And as promised (see my last review), here is my review of what is most definitely the Terminator 2: Judgement Day of this franchise.

I’m joking of course. Although it is kinda weird. Because in a way, this movie is only somewhat better than it’s prequel only because it feels more like a real movie, I guess? I mean, it has a “better” premise, kinda. Starting where we left off at the last movie, Noah and Elle are trying to make a long-distance relationship work as Noah is off to Harvard for school as she finishes her senior year of high school. However, while apart, Elle starts to suspect that Noah may be cheating on her, and their relationship becomes estranged.

Meanwhile, Elle needs to raise money for college. So she and her best friend/Noah’s brother Lee decide to enroll in a Dance Dance Mania competition to win the prize money of $50,000. But after Lee “allegedly” injures himself while practicing, Elle is compelled to dance with the new cute boy in school, Marco, with whom she of course starts to develop feelings for. Oh, and Lee and his girlfriend, Rachel, are having a tough time because he and Elle are hanging out too much. Oh, and there’s a kissing booth. Look, I didn’t say it was a perfect premise. Just a lot better than “girl and guy hate each other and then love each other and then hate each other, etc.”

This movie is also not nearly as offensive morally as the last one. No sexual harassment this time. The controlling relationship aspect is not as evident in this flick, but it is definitely present. Also, people actually seemed to keep their clothes on in this movie for the most part! It’s almost like Netflix got in trouble for all the problematic themes and content in the last movie and decided to learn from their mistakes.

Also, Lee is a lot more likable in this movie. He was the only character who came anywhere near to making me think about laughing. However, he STILL HAS THE FREAKING RULE THING GOING ON. This movie does a good job at making you forget about the rules from the first movie and how much of a controlling psychopath Lee can be. But, when it comes up again, you realize that he hasn’t learned a thing from the last time. The only thing that’s changed is that he’s ok with Elle dating Noah (which, by the way, this movie often seems to forget that Lee and Noah are brothers because they have little to no relationship). But all the other rules still apply and are just as controlling.

Ok, enough of saying good things about this movie (if you don’t count the last few sentences). This sorry excuse for a film is a lot more frustrating than the first one in different ways.

This movie is basically all about characters making stupid decisions that no person would make in real life for any reason. Because honestly, Elle and Noah’s relationship should not have lasted as long as it did. At the beginning of the movie, there’s this weird thing about Elle randomly giving Noah some space and deciding to distance herself from him. But then she apologizes and it goes nowhere. Then there’s this whole thing when Elle suspects that Noah’s cheating on her with this girl Chloe, which there is very obvious evidence for. But instead of confronting him about it, she mostly just gets sad? And even when she does confront him, she believes him when he says he’s not cheating on her.. Like, she hardly questions him about it even though there’s pretty hard evidence against him. But it doesn’t matter because she ends up cheating on him anyway.

Another example of unrealistic decisions from stupid characters is when it’s revealed that Lee’s girlfriend Rachel was actually listening in on a conversation during events in the last movie where Lee says to Elle that he would actually break-up with Rachel if Elle didn’t like them being together. And she still decided to date this psycho after hearing that? He literally says that he would choose his “best friend” over his girlfriend if it came down to it, and she still thought he was the one. And it actually seemed for a while that she was one of the most sensible characters in the movie.

The most frustrating aspect of this flick, however, was how everything draws to a conclusion. This screenplay is the most manipulative thing I have watched in a while, and I don’t mean in a clever way. It brings up plot points and conflicts that are seemingly believable. But, in the end, they all ended up pretty much with one character saying something like “No, I never did this thing you thought I did through this whole movie even though there was a lot of evidence suggesting that I did. This was the thing that actually happened…” And then the other character responds like: “Oh my goodness, I can’t believe I thought that about you! I feel so terrible now.” And the fact that those moments are treated like major “gasp” moments is the most frustrating and annoying thing about this whole movie.

The editing in this “cinematic experience” is also really weird. There were a couple points in the movie that felt like it had been edited by people who only edit movie trailers. I felt like I was watching a trailer to a movie by the way the music and audio were mixed and the quick scene cuts.

And, as was the case for the last movie, this one was painfully unfunny. I could tell this movie seemed to be trying harder in the comedy department, but it still wasn’t flying.

Anyways, don’t watch this movie. I hated it. And I hated the fact that I’m now somewhat invested in the Kissing Booth Cinematic Universe. But I will most certainly be back to review The Kissing Booth 3, which has been confirmed. God help us… 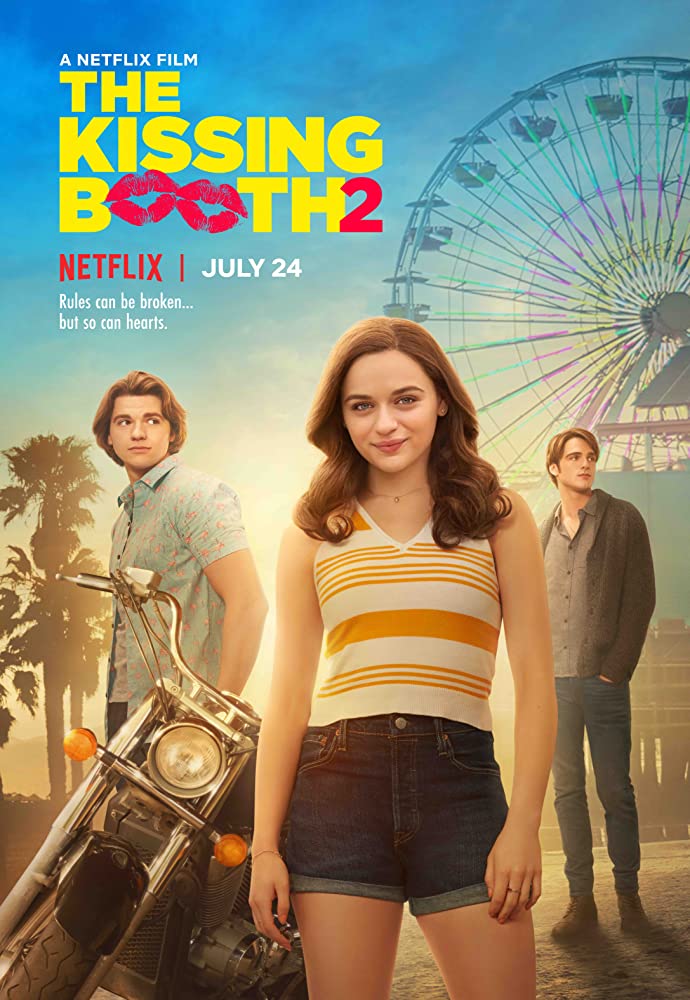