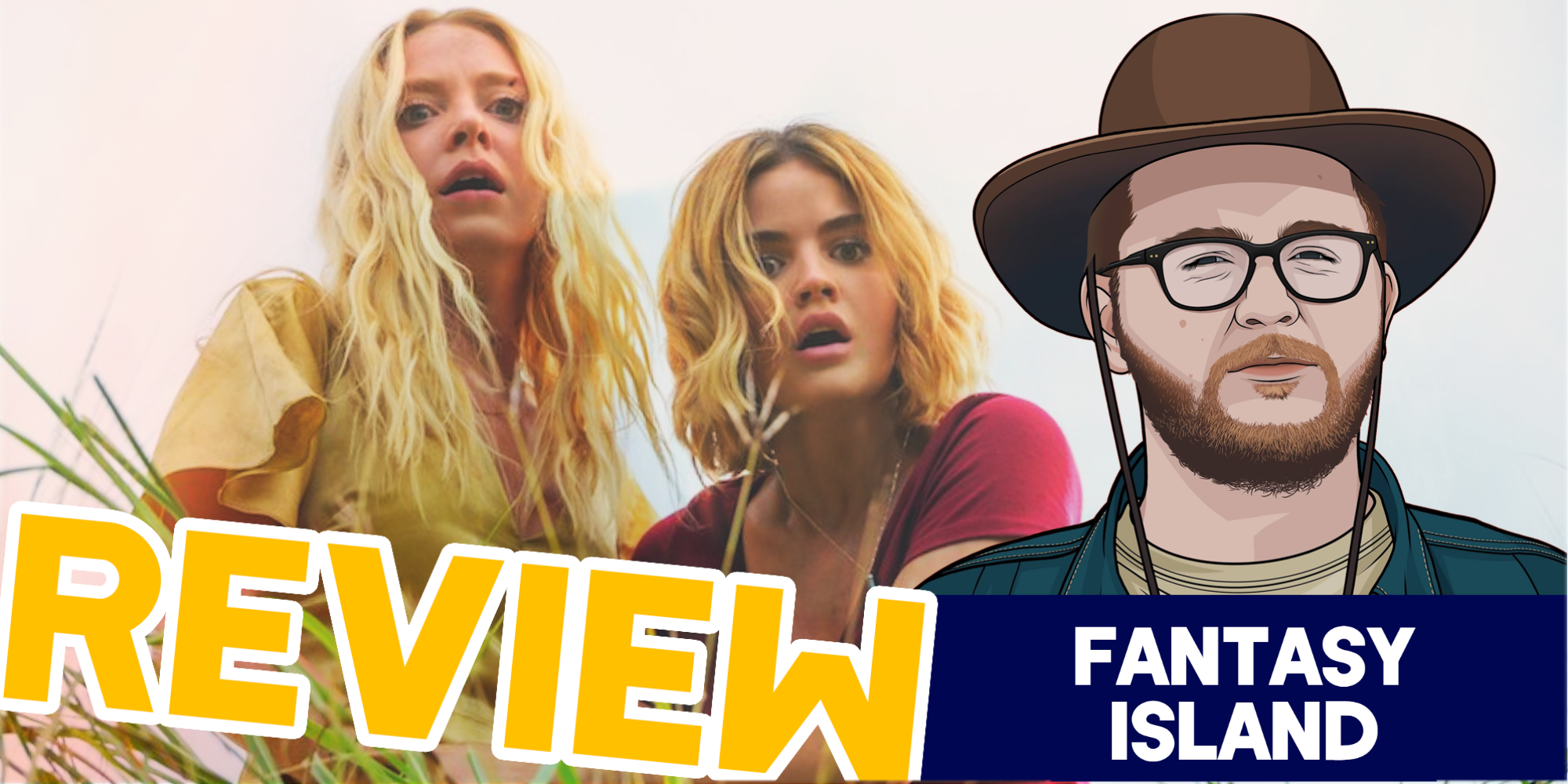 Recently, I watched Blumhouse’s Fantasy Island and in some ways, it didn’t really disappoint? And by that, I mean that Blumhouse is a studio that has been notorious for making a number of horror-schlock films with the lowest budgets possible and getting a crap ton of money in the box-office (and when I say “schlock,” of course I take exception to a few titles like Get Out). It’s quite a genius strategy and I actually commend them for it.

Going into this film, I was expecting the usual from Blumhouse and I more or less got what I was expecting: bad script, bad acting, bad visuals, bad horror, bad comedy, just bad, bad, bad. But I also was expecting some aspect of entertainment from it, whether intentional or not.

Fantasy Island is based on a TV show from the 70s-80s that I never heard of and is given the horror treatment. As far as I can tell, it stays mostly true to the overall concept of the show. But if there are any Fantasy Island stans out there, let me know if this isn’t true.

We are introduced to a group of different, interesting characters who seemingly don’t have anything to do with each other. They have all been transported to Fantasy Island because of some contest they won. Thinking they’re there for a fun vacation, they soon realize that this island is not all it seems…

After meeting their host and owner of the island, Mr. Roarke, they eventually realize that Fantasy Island is a place where you can experience your strongest fantasies. As Mr. Roarke directs each character to live their fantasies, it slowly becomes apparent that these “fantasies” are not mere holograms or reenactments. They are very real… and very dangerous! So of course, shenanigans ensue and the gang must work together to survive Fantasy Island.

The biggest problem I had with this film was its tone. What is often the case with horror-schlock films is that they are just your typical horror story with maybe a few goofs and gags sprinkled throughout the film. Not to say it’s always executed perfectly. But that’s usually the gist. With this film, it was like they didn’t know how to mix in comedy properly at all. In fact, it felt like two different movies at points, especially with the subplot of these to adopted brothers whose fantasy is a pool party rave. Those scenes are so jarring in tone that it’s hard to take the rest of the film seriously. How am I supposed to feel tension in the serious scenes when these two other characters are going through these goofy and “humorous” situations on their end? Halfway through the film, I stopped being invested in the story because I didn’t feel like there was any real danger. despite the fact that a few people did end up dying (sorry – spoilers).

Also, the “twist” at the end is the worst! They pulled the thing where it’s like, “No, it was THIS person all along who caused all the trouble and you didn’t know because they were only acting to be a good guy the whole time! We’re so smart!” No, you’re not. It wasn’t set up well, and it wasn’t played out intelligently.

The acting is subpar, and the characters were not interesting and, oftentimes, more laughable than anything. Speaking of laughing, the only characters that were interesting in any way were surprisingly the two adopted brothers – the “comic relief.” Not to give them too much praise ‘cause a lot of the jokes were terrible. Played by Jimmy O. Yang and Not-Will Arnett—I mean, Ryan Hansen—, these two at least bring some fun to this film.

Oddly enough, Michael Peña is this film, and he plays Mr. Roarke. After knowing him from so many bad comedy roles like CHiPs and Ant-man, it’s really difficult to see him play this mysterious straight-man and take him seriously. I’m sure I may feel different if I hadn’t known who he was, but it seemed like a weird casting choice.

The only other actor I knew in this was Portia Doubleday who just plays another one of the non-interesting guests. I was pretty disappointed because I like her on Mr. Robot, and I know she can do better than this. Not that she was terrible but her character was poorly written, so she wasn’t able to shine in the role.

Then there’s Really Annoying Blonde Chick, who’s actually more of the main character in this film. But I really hated what they did with her in the “twist” at the end. Then there’s Boring Brunette Chick and Boring Hot Military Guy. That’s it. Moving on.

The dialogue in this film is terrible. Most of the time I was thinking, “Yeah, cuz that’s how people talk.” I know dialogue can often-times be a stylistic thing in Film (some Rod Serling scripts come to mind), but usually there should be a good balance between clever/dramatic dialogue and realistic dialogue. Most of the time, this film tries to use clever dialogue and pull it off as natural and realistic, but it does not work. Also, I know I’ve mentioned it, but very few of the more comedic lines are funny at all. They’re mostly cringeworthy.

Special effects are used sparingly in this film, but they still don’t look great. The CGI was very cheap. Even the make-up isn’t very good. There’s this ghost-like character that’s supposed to look like he’s been in a horrible fire accident, but it just looks like badly-applied Halloween make-up.

I wasn’t a fan of how the film looked, either. I hated how often the camera moved during scenes of dialogue. It wasn’t there to add any dramatic effect. It just wouldn’t stop moving. I also couldn’t get over the fact that a lot of the scenes looked like a commercial for back pain medicine because of the bright colors and lighting.

The music was pretty trope-y and manipulative, but that’s kind of the norm when it comes to horror schlock. It at least implements some sort of tribal themes in the score to give it that island/jungle/mysterious feel to it, so it’s not completely lazy.

Also, I should mention, this film isn’t scary at all. In fact, I would label it more like an adventure/thriller-type film that tries to be a horror movie. Even with its dumb jump scares, it hardly tries.

Overall, I would not recommend this film. Unless you were a fan of the original show, I don’t know anyone who would find this interesting. If it is the case you are a fan of the show, I’d love to know how you felt about this adaptation! 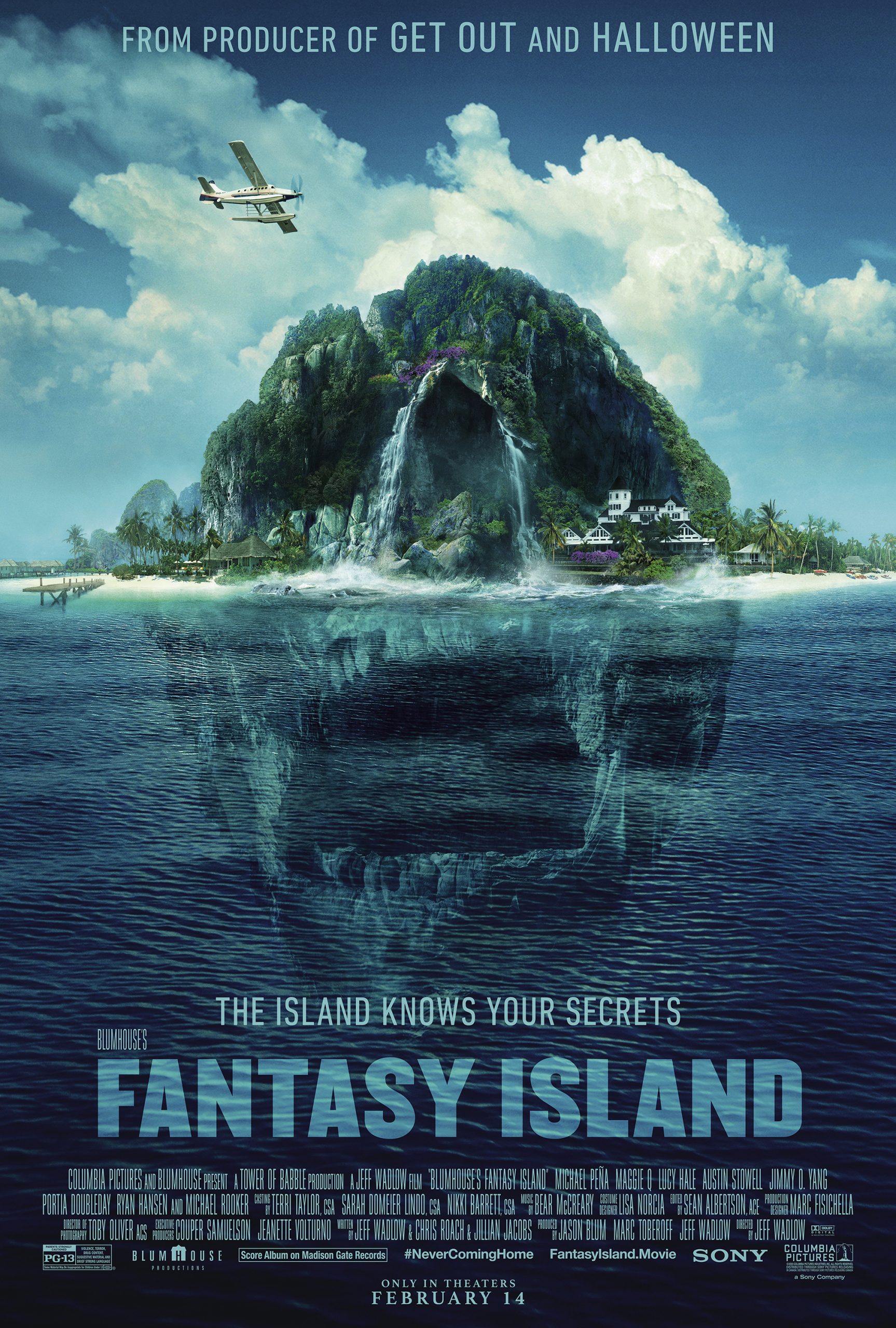