A Flip-Flopping Thriller – Blow the Man Down Review 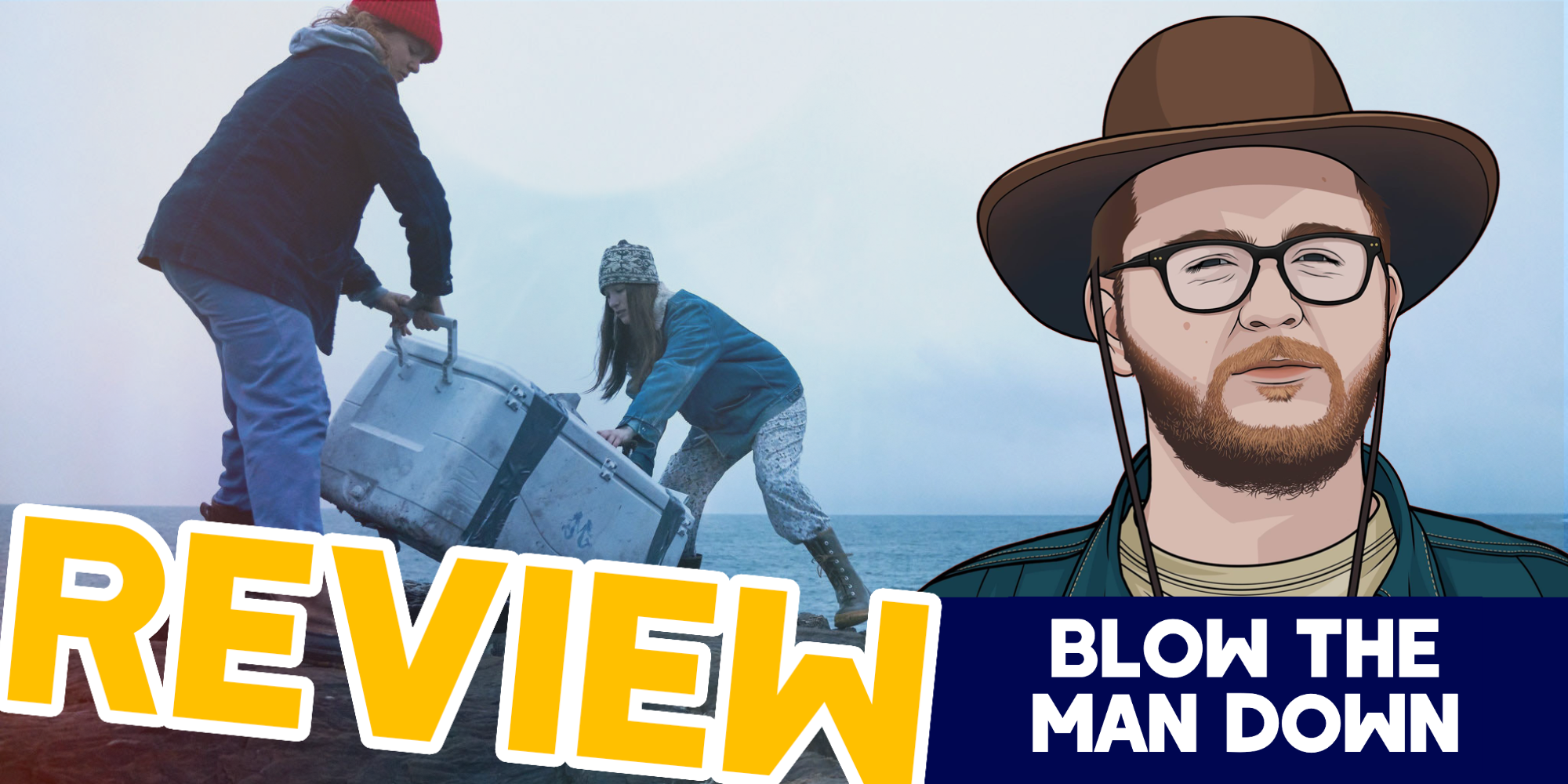 If you’re in need of a whale of a tale of a murder plot, look no further than Amazon Prime’s Blow the Man Down, the directorial debut of filmmakers Bridget Savage Cole and Danielle Crudy. Now, I had not heard or seen any promotional material for this film before seeing it on Amazon. And, based on the small number of people I’ve seen talk about this film, I’ll assume most of you have not either. I was for the most part pleasantly surprised by this one. And while it is not perfect, it is probably my favorite film that has been released this year to date (although, that isn’t saying much, since a lot of movies have been postponed this year).

As we get into the story, it is hard to deny that there is something very fishy going on in Easter Cove, Maine. Mary Margaret Connolly, a beloved matriarch of the small fishing village, has just passed away and left behind her two daughters, Mary Beth and Priscilla. Left to deal with debts and bills and with no financial support from their mother, the two sisters worry and argue about what they should do.

After Mary Beth leaves to enjoy a night on her own, she encounters a stranger at a bar and the two leave for his place. However, after arriving at his place, Mary Beth discovers blood in the stranger’s trunk and fears that her date will most likely not go as she wanted. When the stranger chases after her, Mary Beth kills the man in self-defense. Afraid and uncertain what to do, she turns to her sister, who helps her hide the crime and the body (by the way, a pretty gruesome scene). Mary Beth returns later to clean up any remaining evidence, but not without discovering and retrieving $50,000 cash from the man’s shack.

Soon afterward, the body of a local woman washes onshore, and the two sisters realize they are not the only people in the town with a dark secret. And when the owner of the local brothel starts to become suspicious and get on their case, Mary Beth and Priscilla worry about how long they can keep their secret.

It’s a classic murder/thriller story that is sprinkled with some dark comedy. I really love how the film keeps you guessing and doesn’t feel the need to explain everything, although there are some points in the plot that can be predictable. It’s a familiar story with a unique setting that sets it apart from its peers. I feel like this is the kind of film that would’ve been made if Manchester By the Sea and Winter’s Bone had a child.

Also, I will say that I felt like the ending was a little anti-climactic, especially considering all the craziness that lead up to it. I also felt that there were some questions left unanswered. But that may be just me.

The characters are written well, and they’re very relatable. They’re portrayed well, too, and I felt like the performances in this film were, for the most part, very well done. Morgan Saylor plays Mary Beth, and I thought she did a pretty decent job. Sophie Lowe plays Priscilla, and she was good, too, but I felt her performance lacked in moments when she needed to be most emotional. I felt like she needed to put more oomph in her reactions and be less stilted.

Enid, who is the owner of the local brothel, is played by Margo Martindale, and she’s the best character in the film as well as the best performance. She seems to know what the sisters are up to, all the while she has her own dark secrets. Her character is fascinating. She’s a lot of fun to watch, and she steals every scene she’s in.

Will Brittain plays Officer Justin who is the police officer investigating everything that’s going on in the town. I like how he’s the innocent and sometimes unassuming investigator. But he’s smart and knows that there’s something wrong going on, and he cares about getting to the bottom of things, even when it seems like no one else wants to.

Other than a few plot issues that I have, the script is very well written, especially concerning the characters. There were many points in the dialogue between characters that really helped me understand the feelings and ambitions of the characters, and not in a dumbing-down kind of way.

The cinematography, while intentionally simplistic, was fantastic and was one of my favorite aspects of the film. The style really helps communicate some of the dark comedy aspects of the film. But there was also a good use of far-off shots that helped create a more somber atmosphere.

Another one of my favorite aspects of the film was the soundtrack. The simplistic yet mysterious folksy/classical music was perfect for a murder story set in a small fishing town. Sprinkled throughout this film are also some sea shanties, which are performed by the local fisherman and add to the movie’s quirkiness and depth.

Despite some of its minor flaws, I enjoyed this film and thought it was a successful debut for the directors. I look forward to seeing whatever other films Bridget Savage Cole and Danielle Crudy may have in store for the world. If you’re a fan of indie dark comedies filled with intrigue and twists, then this is the catch for you. (Ok, we’re done with the fish puns now.)