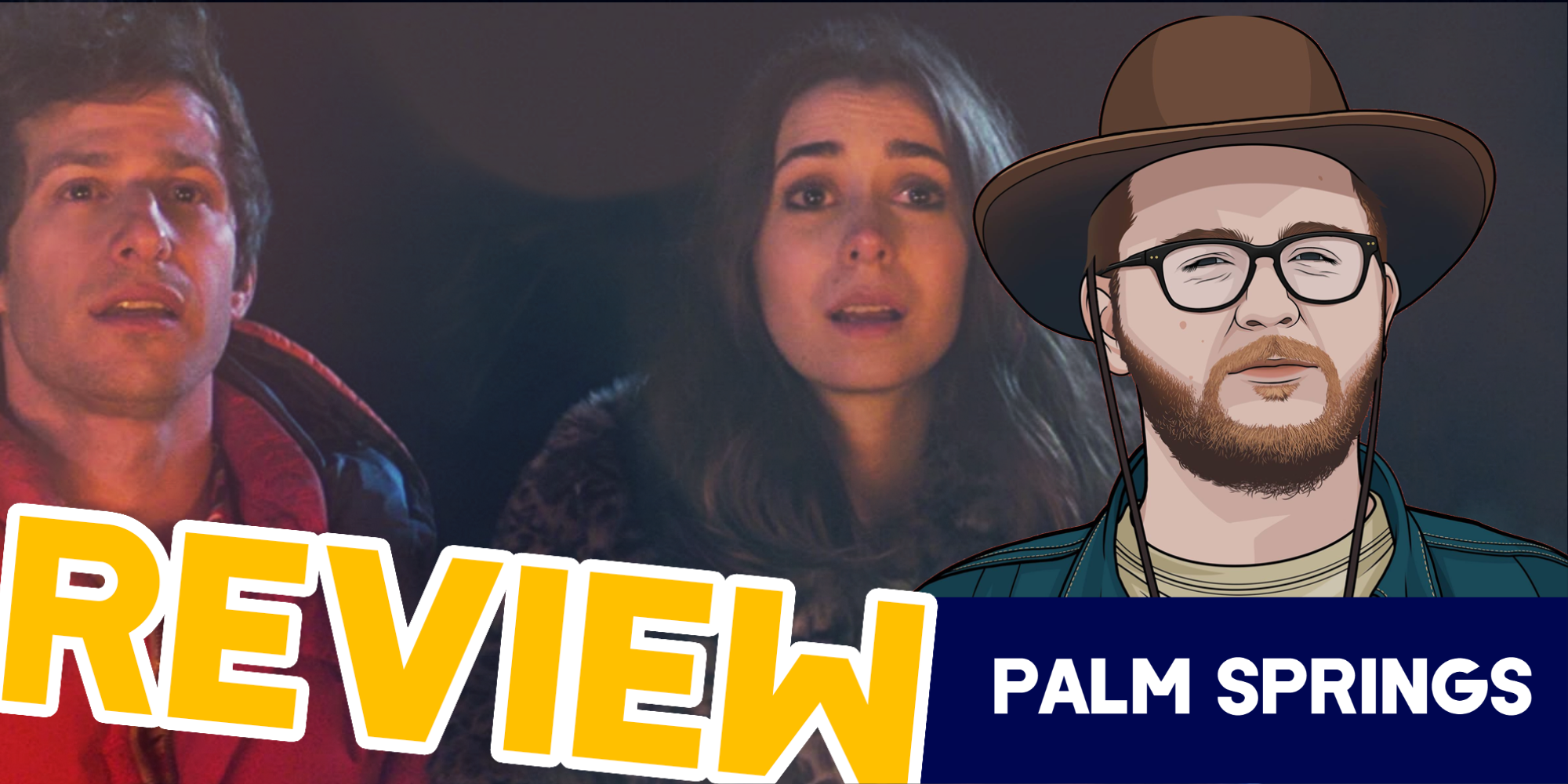 I’m sure a lot of us have felt in the past few months where everyday felt like it was the same day, over and over. So why not relive that experience by watching Hulu’s newest comedy original: Palm Springs?

I’ll admit I was skeptical about watching this film. The Groundhog Day-inspired premise has only been done a million times. Yes, it’s another one of those infinite time loop stories. How in the world could this be a fresh take? But, at the same time, I am a fan of the film’s male lead, Andy Samberg. So I watched it hesitantly, but hopefully.

Andy Samberg plays Nyles, whose girlfriend is a bridesmaid at a wedding in Palm Springs that Nyles is dragged into attending. Cristin Millioti plays Sarah, the maid-of-honor at the same wedding and the sister of the bride. Nyles and Sarah meet at the wedding and end up hitting it off and leave the reception to do naughty things. Sadly, their evening escapade is rudely interrupted by Nyles taking an arrow to the arm. Nyles retreats into a nearby cave, not realizing that the confused Sarah was following him. Nyles disappears into a glowing light and Sarah accidentally follows.

When Sarah wakes up from her bed and realizes that she is experiencing the same day as before, she confronts Nyles, who it turns out has been stuck in the continuous time-loop for an unnumbered amount of days. Possibly for millions of years. He explains that no matter if you die or fall asleep you will always wake up starting the same day. So it seems the two are stuck together for eternity, right? Nyles is complacent. But Sarah is determined to get back in the normal timeline, even if it kills her—which… she can’t really die anyway.

The characters are actually a lot of fun. Andy Samberg does what he does best by being an overly-confident douche who actually turns out to be a well-meaning guy. I love how the film makes it that he’s already been in the infinite time-loop for an indefinite amount of time. You don’t know how long he’s been stuck there and you don’t even know his backstory. Heck, even he doesn’t know his own backstory! I just love how Samberg plays him off as this super arrogant guy who’s already given up and is just trying to make the best of his time.

Sarah’s character is also great. Cristin executes the performance well and she’s fun to watch and very easy to relate to as her character is the one who’s new to the whole infinite time loop thing. I appreciate how you continue to know more about her character as the movie goes on and, as you do, you understand her motivations a lot better. And I thought that Cristin and Andy had great chemistry and played off each other really well.

One fun aspect of this film was the addition of Roy, a character played by J.K. Simmons, who meets Nyles at the wedding and ends up being tricked into getting stuck in the time loop. After Roy realizes what Nyles had done, he makes it his personal goal to make Nyles’ continuously repeating life a living hell by hunting him every day and torturing him. I love pretty much anything I watch with Simmons, and this film is no exception. He adds adrenaline to the film, giving Nyles and Sarah someone to run away from every once in a while and his antics are hilarious to watch. I also love how his character adds to the whole universe of all these people that accidentally also got stuck in the time loop.

There are a lot of elements in the film that you would expect from an overused premise like this. But the film seems to be very self-aware of that and actually does make a lot of attempts to be original. One thing I appreciate is that this film knows that you’ve seen this before and does its best to avoid wasting your time.When the film starts, Nyles has already been in the time loop for who knows how long and he’s seemingly gotten a hang of things. The film doesn’t spell it out for you, so you figure it out as the story progresses.

I also appreciate how they don’t use the cliché where the characters have to selflessly love someone or learn how to live the day right in order to exit the time loop. No major spoilers, but the solution is a lot more practical and that’s refreshing and hilarious at the same time. Not to say that the characters don’t learn any valuable lessons, because they do. Those are some of my favorite parts of the film. The script does a great job at exploring the deep subjects of the idea of being caught in an infinite time loop.

And, most importantly, this film is very funny. I would expect nothing less from the star of Hot Rod and Brooklyn Nine-Nine. But alongside being funny, it is very wholesome and meaningful. Comedy is subjective, but I don’t know a lot of people who wouldn’t enjoy this film. Go check this out! You may think you have seen this before, but trust me – you haven’t.