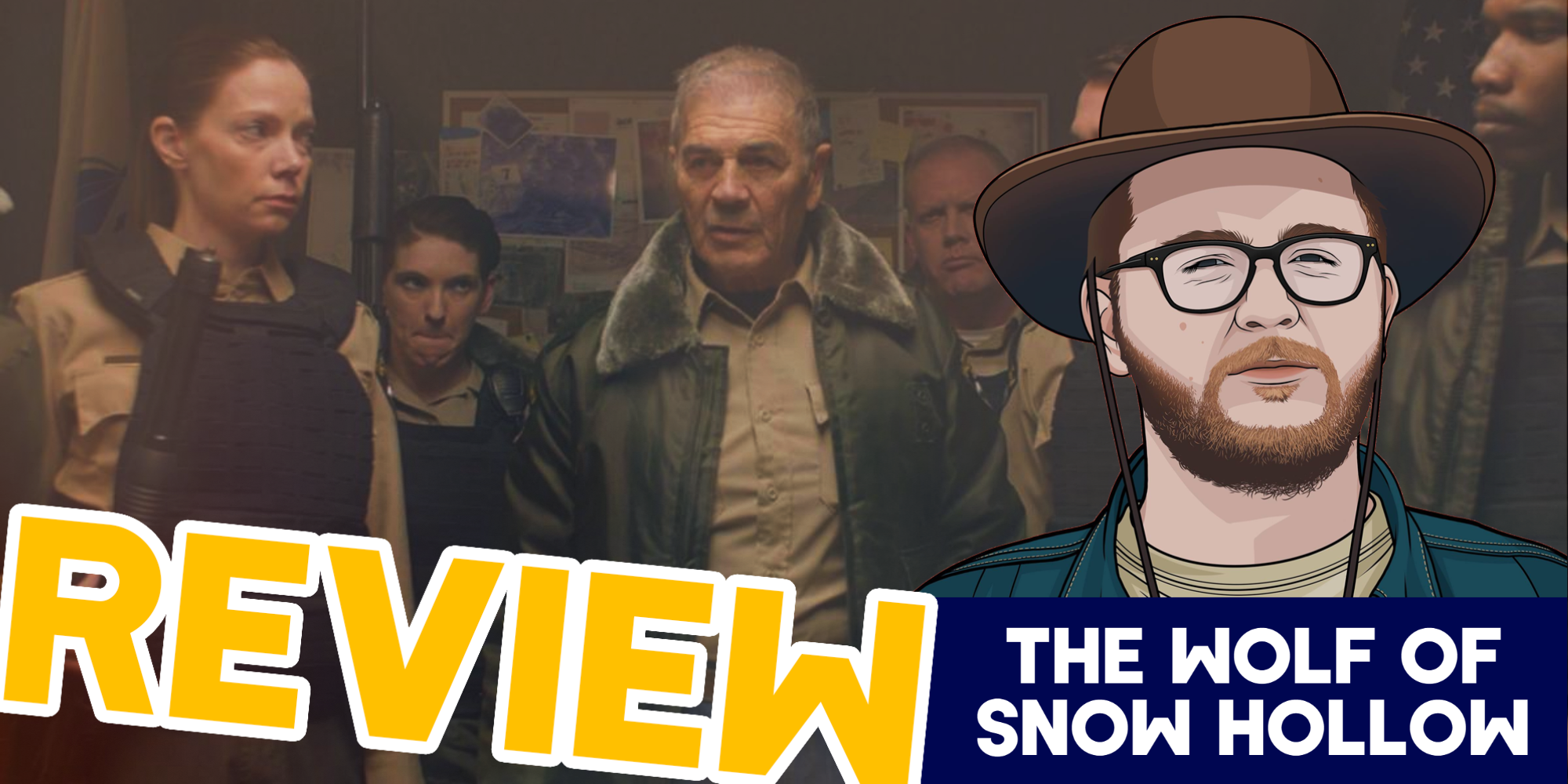 You guys ready for a different take on a werewolf/horror flick? Then you’ll want to see The Wolf of Snow Hollow! Rising star Jim Cummings wrote and directed this independent horror comedy – and he dazzled in the lead role! I honestly wasn’t aware of his previous work – not even the critically acclaimed film he wrote/directed/starred in: Thunder Road. After seeing The Wolf of Snow Hollow, I definitely want to see his other films.

The premise of this film is that massacred bodies are being discovered in a small mountain town and there is evidence that suggests a wild animal is the culprit. Many of the townsfolk are saying it was a werewolf, but Officer John Marshall is skeptical and insists that it must be the work of a strong, tall man. While trying to track down this rampaging murderer, Marshall also juggles dealing with his ex-wife, raising his teenage daughter, looking after his ailing father, as well as recovering from alcoholism. Sounds like a howling good time to me! It’s a very unique take on this type of movie; I appreciate how a huge portion of the film has very little to do with a werewolf.

I will say, though, that when I first started watching this film, I had somehow missed the memo that it was supposed to be a comedy, or, more specifically a comedy drama written in a horror setting. This isn’t to say that the film isn’t funny, because it is. Rather, I was thrown off by the dark and serious aspects of the film, as well as the cinematography—which is great, by the way. I just remember thinking things like, “Why did they say that line that way?” “Why was this moment shot like that?” or “What was up with the pacing of that scene?” Once I paused the film to Google it, I saw it was labeled a “comedy/horror,” and everything made a lot more sense!

Yes, I had a dumb moment, but I ended up enjoying the film through a new lens. I even rewatched the beginning of the film to better enjoy it. I say these things to make fun of myself, but also in case anyone else has this problem. So yes, this is a “dramedy” in a horror setting with dry humor. In fact, I’d say that this film is more like if Edgar Wright and the Coen Brothers made a horror film together.

That being said, I enjoyed watching this movie. It has a very unique voice and features relatable characters. It also has a humorous and sarcastic side to it that is quite endearing. The cinematography and color-grading is done very well and sets the tone for the film. The music is exciting and haunting.

The performances are exceptional as well. Jim Cummings stands out as the angry, sarcastic, troubled Officer Marshall whose occasional outbursts are fun to watch. It reminds me of John Cleese’s performance as Basil Fawlty in Fawlty Towers. At the same time, Jim Cummings has no problem channeling the deeper, emotional aspects of his character. He pulls it off very well.

Robert Forster is also in this film, unfortunately in his last role, having died of brain cancer in October 2019. He plays Sheriff Hadley, John Marshall’s father. He fits in well in the fatherly, small town sheriff role. It was really bittersweet watching him play such a wholesome character.

This is by no means a perfect film. There are some plot problems as well as some technical issues that I can’t explain without spoiling the film. I’ve also heard people say that Jim Cummings’ character was too similar to his character in Thunder Road, only less inspired. I can’t say anything to that since I have not yet seen that film, but I can understand that criticism based on what I do know of Thunder Road.

Overall, I had a good time with this film and could easily bring myself to watch it again. If you’re looking for a bone-chilling flick that makes you laugh AND cry, and you’re willing to spend $15 on Amazon Prime Video, look no further than The Wolf of Snow Hollow! 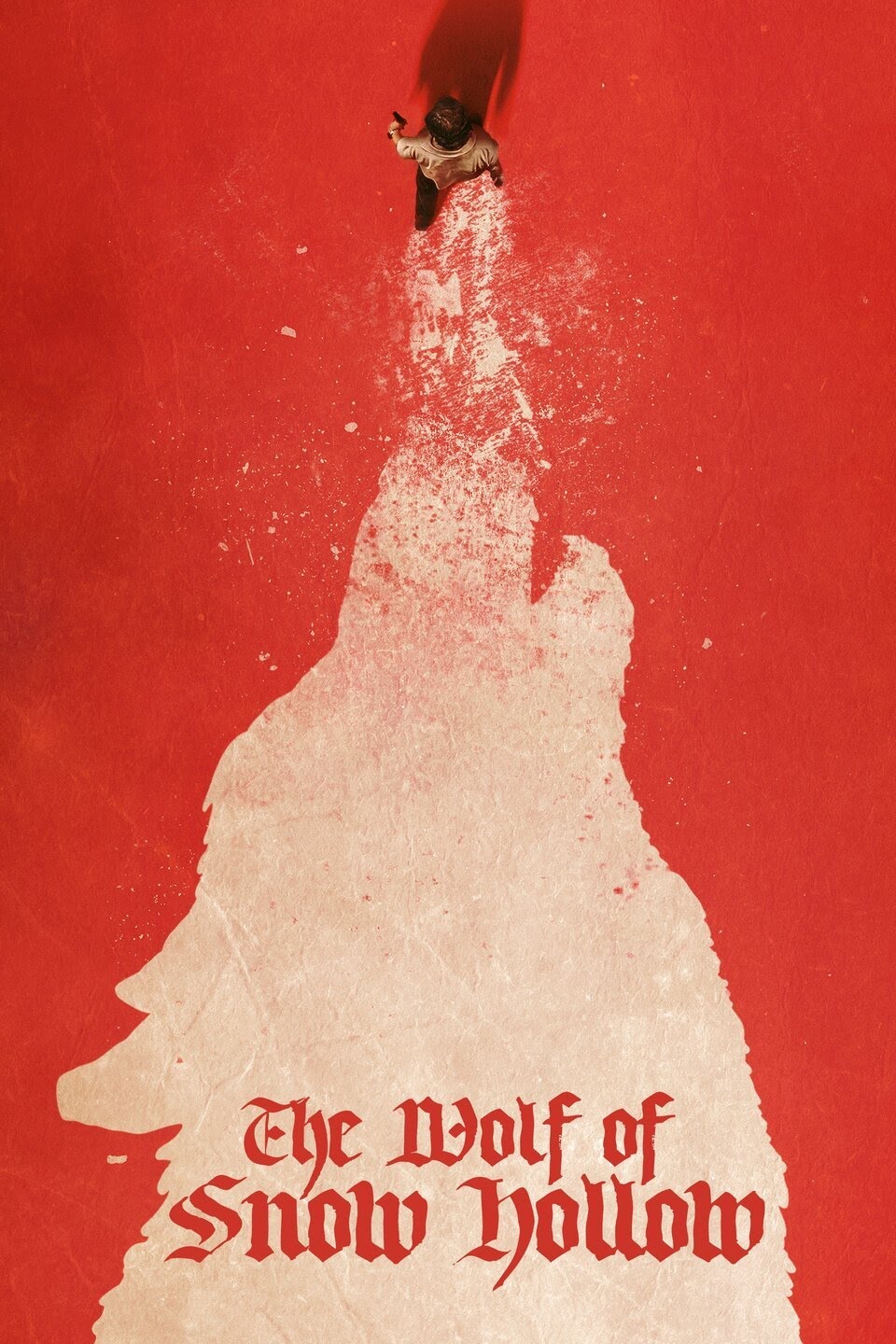