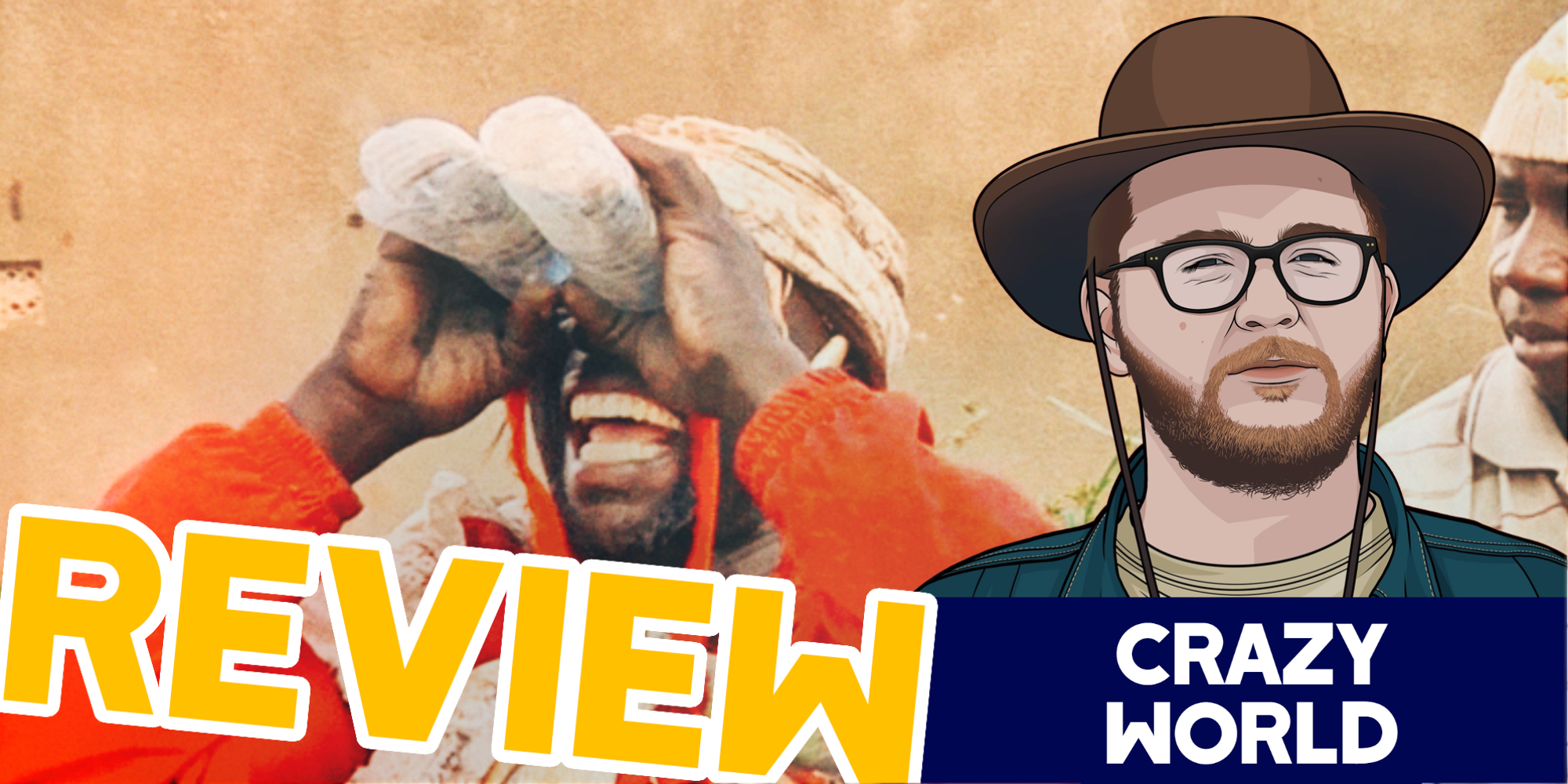 Founded by Isaac Godfrey Geoffrey Nabwana, a.k.a. Nabwana IGG, Wakaliwood is a film studio based in Wakaliga, a slum in Kampala, Uganda. They have been known for their action films made with little-to-no budgets, having a very amateur but entertaining feel to them. Most of the films include kung-fu fight scenes or feature them as the main aspect of the film. Most of them are comedies as well.

What makes their films so endearing is the passion the filmmakers and actors have for the making of them. Their love for movies is evident. YouTuber I Hate Everything made a great video about these guys and their most popular film, Who Killed Captain Alex?

I had heard of IGG and his films before but hadn’t been able to watch them. After enjoying his latest release, Crazy World, I am anxious to see more! It is fun to witness a film that is so bizarre and yet very much lovingly created by everyone on and off the screen.

The concept of the film is pretty simple. Dauda Bisaso, a former commando, lost his wife to merciless killers, and those same criminals kidnapped his daughter. Six months later, we find that he has lost his mind and is living like a crazy hermit on the streets. Bisaso then meets a father who lost his son to these same people. They team up to take revenge and rescue their children, mostly with the help of Bisaso’s kung-fu and military combat skills.

There are some interesting fourth-wall-breaking moments in the film, featuring Piracy Patrol guys who make sure you’re not illegally watching the film. It’s very unorthodox, but it’s genuinely funny. It feels like fans got involved in making this interesting sub-plot.

I can’t neglect to mention the part where they stop in the middle of the movie to advertise their upcoming films. Gosh, I love these guys!

The actors in this film are a lot of fun to watch. Whether they’re professionals or not, it’s apparent that they take these films very seriously while still enjoying themselves. They may not seek stardom, but they are honest people who are genuinely trying to make this film the best it can be. It’s a little difficult to pinpoint the casting as the credits aren’t that clear. But the actor who plays Dauda Bisaso is actually really good and, I would be interested to see him in some bigger releases.

The child actors are not bad either! They seem to take their roles as seriously as the adults do, and they’re fun to watch. Part of me wonders if all of this is due to their limited exposure to films, so the actors have genuine responses to things, making their performances feel realistic. But I may just be talking nonsense.

The script is serviceable. But as an action/comedy film, this isn’t really a film that relies on emotional dialogue or in-depth ideas. Despite the cultural differences, I thought many of the jokes were funny and added to the enjoyability of the film.

One thing I think will take newcomers a good minute to get used to in this film is what is known as the “video joker.” I’m not sure if it’s a stylistic thing from the region, as there aren’t many films from that region I’ve seen. But it does seem to be prevalent in all of Wakaliwood’s films. What it is is a commentator who gives commentary throughout the course of the film. You just hear his voice, much like a sports commentator or a “Let’s Player” on YouTube. It’s a bit jarring at first. Bu,t eventually, I got used to it and found it to be an endearing part of the viewing experience.

One of the most impressive aspects of this film is its action and choreography. The fight scenes are well-thought-out and brilliantly executed. They obviously spent a lot of time getting those scenes right, and they’re a joy to watch. Considering the number of references to kung-fu films, it’s apparent that this aspect of the film was very important to the filmmakers.

There are plenty of amateur aspects to this film, but they don’t affect the viewing experience in a negative way. For example, the editing of the film is a far cry from professional, but the flow of the film is surprisingly unhindered by it. The editing even compliments the speed and adrenaline of the action scenes. In many similar amateur films, the editing is clunky and slow, making action scenes that are supposed to look fast-paced and flawless feel awkward. But that’s not so with this film. I have to give the editor credit for keeping the energy of the film fast-paced and action-packed.

The special effects, of course, are as amateur as you can get. But, again, it becomes an endearing part of the movie. The seriousness of the actors and the pacing of the film make the cartoonish-looking explosions and gunshots seem like they are a part of the world. I mean, hey; it’s a lot better than I can do with special effects.

It’s really hard to critique this film, but my most negative complaint is about the audio levels. It’s not a huge deal, but I wish I didn’t have to change the volume on my speakers every time the scenes drastically alternate volume levels.

All-in-all, I really loved this movie. It’s great to see something that was obviously a passion project for people who truly enjoy making movies. They’re obviously not in it for stardom or fame; they’re there to have fun and share their creative experience with others. Since it is currently free on YouTube, you can experience that fun yourself! It’s not long; just over an hour, and it’s well worth watching every minute.