The Art of Redemption 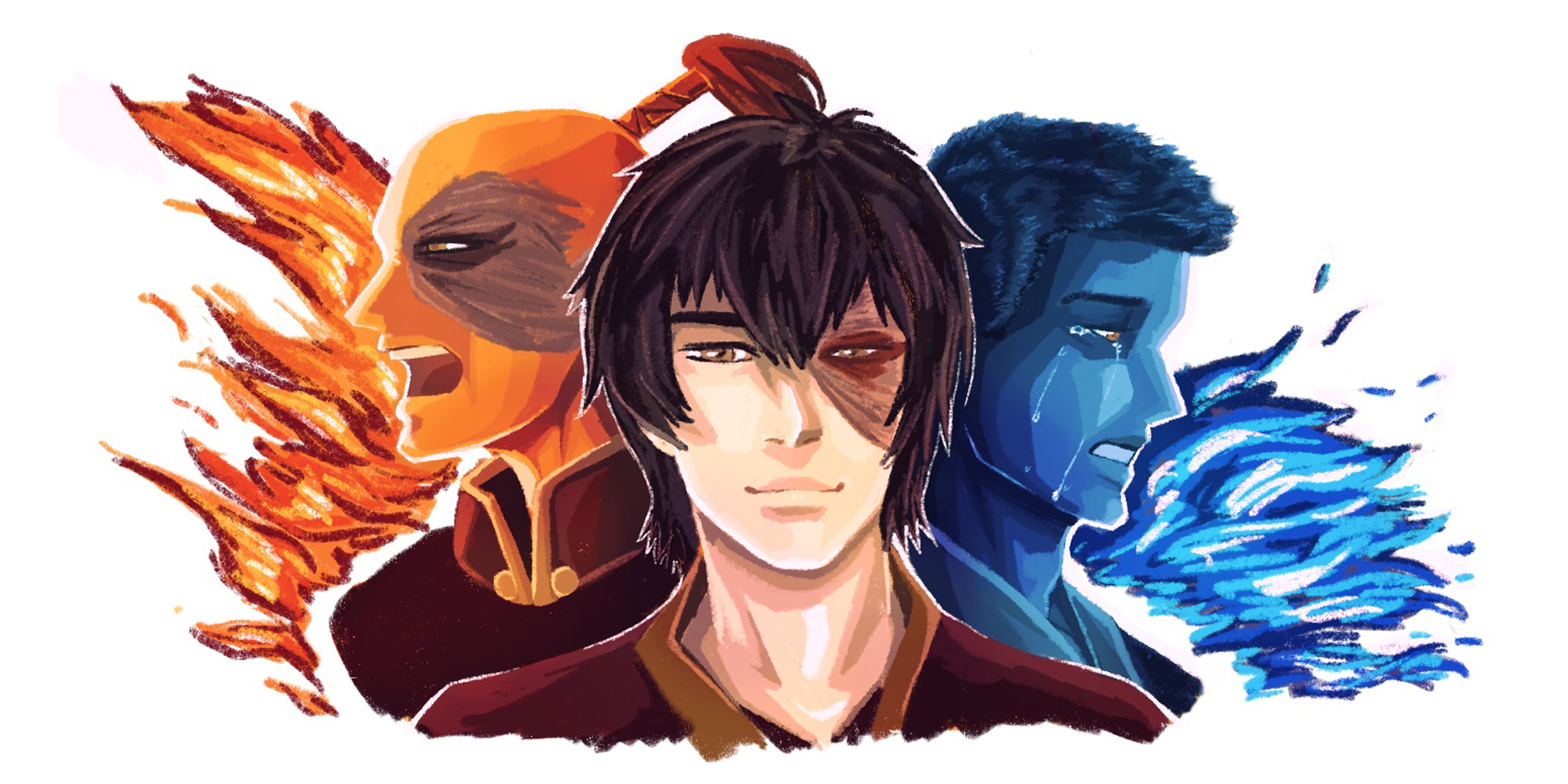 At the start of 2020, I made a mistake: I re-watched Avatar: The Last Airbender (ATLA). Since then, I’ve had trouble finding something else to watch; most shows aren’t as satisfying. Netflix is working on a live-action adaptation of this series for a reason.

If you’ve seen ATLA, you know what I mean. If you haven’t, you might wonder how a cartoon about a bald kid could be that good. Oh, it is. It has compelling character arcs, an immersive world-build, a believable magic system, and purposeful episodes that stand on their own yet seamlessly tie into an overall story. Nothing else I’ve seen has managed to accomplish all this. It was written without the pressure of having to prove a singular point or check socially acceptable boxes, so the authors were able to tell a genuine story.

When I first watched ATLA eight years ago, I was inspired. When I revisited it this year, I was deeply moved. Now that I have more life under my belt, I see just how relatable the characters’ struggles are. This exchange between Prince Zuko and Uncle Iroh especially touched me.

“Life happens where ever you are, whether you make it or not.” – Iroh

Zuko was me, leaving my coastal childhood home for a desert college experience. I never wanted to make a life in the desert, but I’m still there. For years, I felt trapped. I wasted so much time wishing my life away, hoping I could “get back” what I had lost, while ignoring what I had gained.

I wish I had remembered Uncle Iroh’s advice, but it didn’t stick out to me when I first heard it because I hadn’t lived it yet. When I finally let go of the way I thought my life should look and accepted where God had placed me, I became able to see just how much He was blessing me. My complaining, my entitled attitude, and my ingratitude had to stop. This shift took eight years, with a lot of backsliding. I’m grateful for a patient God who isn’t content to leave me in my sinful state.

Which brings me to the topic of redemption. Redemption is at the crux of every Christian’s life, as we believe our sin nature separates us from God and only by accepting His Son’s sacrifice on the cross can we be saved and restored back to Him. Just as redemption is a crucial part of our lives, it’s at the crux of the most powerful stories in fiction. Jean Valjean in Les Misérables, Sydney Carton in A Tale of Two Cities, and Edward Rochester in Jane Eyre are notable examples of characters with redemption arcs.

In his video “On Writing Redemption Arcs,” author Timothy Hickens (Youtuber Hello Future Me) explains that in all character arcs a character’s views begins changing in such a way that their triad of core beliefs can no longer coexist. This triad is comprised of their view of self, their view of the world, and what they think is at stake.

In redemption arcs, one or more of those views causes harm to the character or to others. For example, let’s say a loan officer believes that he is good, that his bank is trying to spread prosperity all, and that helping the poor is important. Then when he finds out that his bank is taking advantage of poor people who take out loans, one or more of his views has to shift. Either the loan officer no longer sees helping the poor as important, or he no longer sees himself as good, or he understands that what his bank is doing is wrong. How he then acts on his new beliefs shows how much his character has changed.

“Water. Earth. Fire. Air. Long ago, the four nations lived together in harmony. Then, everything changed when the Fire Nation attacked. Only the Avatar, master of all four elements, could stop them, but when the world needed him most, he vanished. A hundred years passed and my brother and I discovered the new Avatar, an airbender named Aang, and although his airbending skills are great, he has a lot to learn before he’s ready to save anyone. But I believe Aang can save the world.” – Katara, ATLA Opening Monologue

Zuko was crown prince of the powerful and warring Fire Nation near the end of the 100 Years War. His mother Ursa was compassionate, but she mysteriously disappeared when he was young. His little sister Azula was sadistic, obsessed with perfection, and their father’s favorite. His Uncle Iroh had been a powerful general and next in line for the throne, until he had lost his beloved son in the war and was overthrown by Zuko’s father. Zuko’s father, Fire Lord Ozai, was a tyrant with warped, unyielding beliefs about his nation’s strength and honor.

Like any child, Zuko longed for his father to take pride in him. He believed in the strength and goodness of his nation and of his father. But when he, at age thirteen, finally convinced his uncle to let him attend a war meeting, Zuko heard of a plan to send weaker soldiers to their deaths and decided to respectfully speak out against it. For this, his father challenged him to a firebending duel, which Zuko refused to fight out of respect for his father. His father then burned his face, disowned him, and banished him to hunt the world for the Avatar if he wanted to regain his honor and his place in the Fire Nation. It was a fool’s errand, as Aang had yet to be discovered, but Zuko was determined to accomplish it, and his uncle elected to join him.

Timothy Hickens breaks down Zuko’s triad as the following: Zuko believes himself to be weak and dishonored because of his disobedience. His honor, his father’s love, and his inheritance as crown prince are at stake. He sees the War as the Fire Nation’s way of spreading their prosperity to the rest of the world.

Throughout the story, Zuko’s triad is constantly being challenged in new ways. He starts to see how the war hurts the other nations. He learns new definitions of honor through the example of his uncle. He becomes conflicted about his goal to capture the Avatar as, in each encounter, he slowly gets to know Aang and his friends and their compassion for the world and for even him. His old beliefs can no longer coexist – it’s up to him which beliefs change and how he acts upon his new beliefs.

In believable redemption arcs, these changes don’t happen overnight. As with any humans, we have our good days, and we have our bad days. We have our little victories and we have our major losses. Change is hard, especially change to something we hold dear. It can feel like it challenges our core identity. In Zuko’s case, he slowly starts making little choices that lead him towards redemption. He does something small to help Aang’s team, then he turns around and does something for his nation and seemingly for himself.

Redemption Arcs are incredibly moving when done well. So much breaks in our human lives, and often it’s easier to live with the lies and the wounds buried deep inside us rather than face them with radical change. I used to believe that where I lived was a crucial part of my core identity. While I still miss being surrounded by greenery, I’m learning to build my identity on a firmer foundation: God. That was where He had me then, this is where He wants me now, and tomorrow He could lead me somewhere else. The only place I’ll ever belong is where He leads me.

Fanart by @strawberry_usagi_ on Instagram used with permission. Characters belong to Nickelodeon.