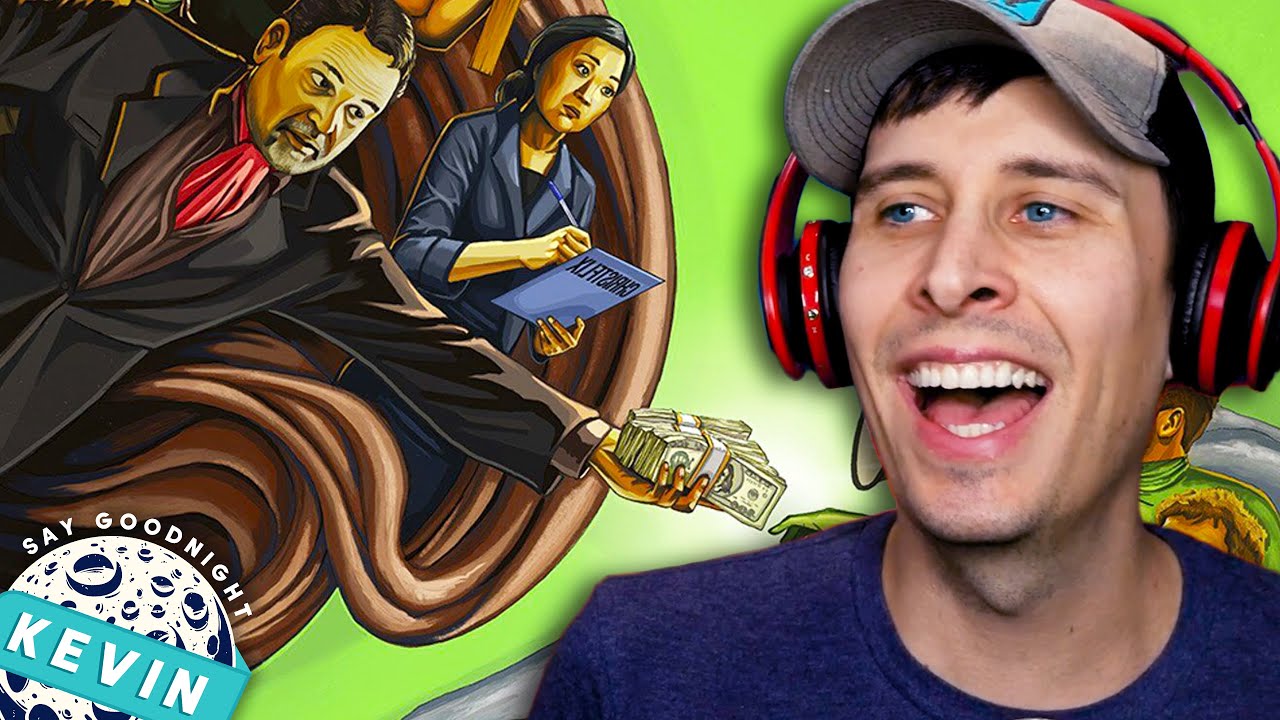 You’re scrolling through Facebook and come across a hilarious Christian meme that speaks to your American-Christian upbringing. It’s funny because it’s true! You click on the post to peruse the comments (often a treasure-trove themselves) only to find that many commenters were offended by the joke. The joke was completely benign in your opinion (and you had a sheltered upbringing), but here are people judging the faith of the meme-maker (a person they’ve never met) based on one picture alone.

Does this scenario sound familiar? Memes are probably the most prevalent and least costly of battlegrounds for “religious humor police.” You may have also heard of Christian books or movies or comedians who were told they took it “too far” and suffered a bad reputation for it. People who grew up in a secular culture would look at many of these strikes and scratch their heads, wondering how something tame could possibly come across as insulting. “Christians take themselves too seriously,” they probably think.

(Please note that I said many of these strikes – not all of them. The biggest Christian media strikes tend to stem from scandals involving a creative person behind the product. That’s a completely different topic that I won’t go into.)

Recently, Faith Based – a buddy movie set in the Christian film industry – was called “Christian-bashing” by local press who visited the set just as the film started shooting. The movie was nowhere ready for viewing, yet a verdict had already been given and the alarm was raised in the faith community. On the Say Goodnight Kevin podcast, Luke Barnett, actor and co-author of the film and a Christian himself, assured listeners that while the comedy was about the Christian film industry, it was not made to dismantle it.

Why do many Christians seem to struggle with the idea of humor around the faith? Why are so many quick to treat such jokes as sacrilegious? Is it really sacrilege or could it actually be satire? To start, let’s talk about what those two words mean.

According to the Oxford Dictionary, “Sacrilege is the violation or misuse of what is regarded as sacred.” Satire is described on Wikipedia (what a credible source!) as “a genre of literature and performing arts, usually fiction and less frequently in non-fiction, in which vices, follies, abuses and shortcomings are held up to ridicule, ideally with the intent of shaming individuals, corporations, government, or society itself into improvement.” Famous literary works of satire include Animal Farm by George Orwell, Pride and Prejudice by Jane Austen, and In Praise of Folly by Desiderius Erasmus.

SGK Memes are satirical. We poke fun at the industry because we want it to get better. SGK MovieNight Reviews feature plenty of satirical jokes, while also providing in-depth analyses on what works in movies and what doesn’t. They’re fun and educating, all while being respectful of the faith. There are plenty of reviews of the infamous Christian blockbuster God’s Not Dead, but some of the reviewers lost sight of the film’s flaws and started ripping apart the faith that the film poorly represented. That’s not the case with Kevin’s reviews and that’s what drew me to his channel in the first place. I used to call his videos “Chicken Soup for the Frustrated Creative Christian’s Soul.” Catchy and not at all cliche, I know.

Faith Based is a satire of the Christian movie industry, and that’s not a bad thing. Luke said during his interview with Kevin that: “satire puts a mirror to its subject and causes people to think about it in a different way.” He said that in storytelling if you only point out flaws, you’ll have a one-note, angry movie. That you should showcase the positives, even as a joke. That it’s important to tell a well-rounded story.

Yes, Faith Based pokes fun at the American-Christian subculture many of us grew up in, but it’s not a satire of our faith. It bothers me when people defend a Christian-inspired work as though it were sacred; anything we humans make is completely unworthy to be considered on the same level as what God has made. But that doesn’t mean we get a free pass for making sub-par stuff; we should strive to give God our very best. He’s given us everything.

American-Christian media created a pretty funny subculture when you think about it. In the last 30 years, a lot of what’s been produced has been Christian rip-offs of secular culture. Yes, instead of pursuing original art, much of recent Christian art is an “answer” to the world’s version of things. For example, there is a low-budget Gene Autry Christian western called Forgiven, because Christians couldn’t let the famous Clint Eastwood anti-western Unforgiven go unchallenged. I won’t go into what we’ve done with music.

Sadly, there isn’t much of a demand to make Christian media better, because the market is already lucrative for our niche. Filmmakers and musicians of varying backgrounds who are just starting out sometimes hop onto the Christian media bandwagon simply because they know it’s a smaller audience, so there is less competition with “the greats.” Many people try to use Christian media to make money. Others use it to preach. It feels like only a few are actually in it to make good movies and music with a solid faith foundation.

It’s not fun to look in the mirror and see things that need work, but it’s important to look objectively, to seek to grow. Satire is a creative way to do this. When done right, it’s attention-grabbing, memorable, and sometimes uncomfortable – but it’s healthy. I’ll conclude with Psalm 139: 23-24:

“Search me, O God, and know my heart!

Try me and know my thoughts!

And see if there be any grievous way in me,

and lead me in the way everlasting!”