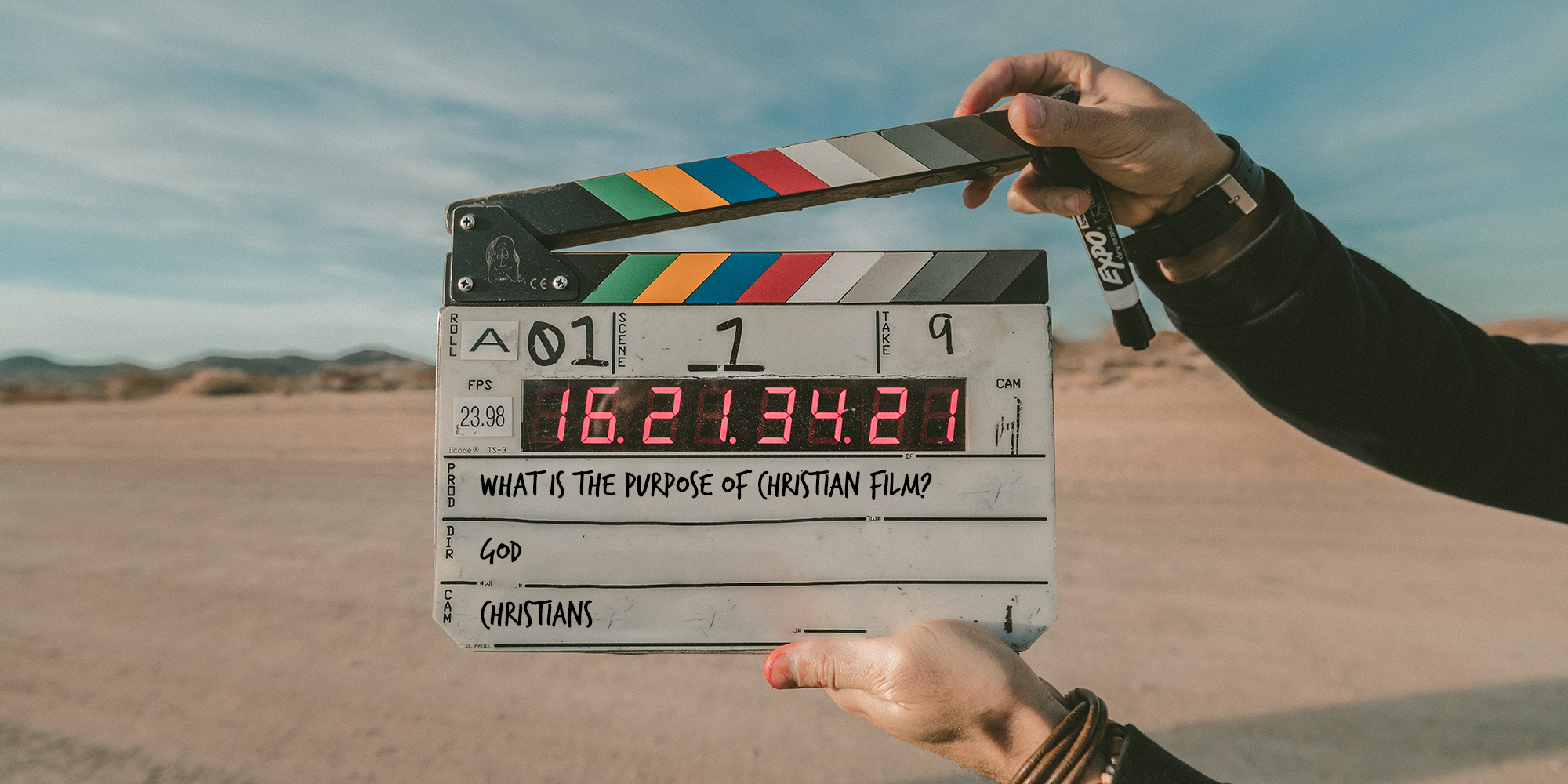 Do you ever walk into a movie theater (when there isn’t a global pandemic going on) and ask yourself, “What is the purpose of this movie I’m about to see?” I don’t, because, regardless of which movie I go to watch, my answer is always entertainment. I watch movies to be transported to another world in which I am inspired and momentarily freed from my daily burdens. The purpose of me even going to the theater or picking up a Blu-ray at Redbox or logging into Netflix is to have a good time. Because I’m the customer, it’s not my job to figure out the movie’s message.

When I watch a Christian movie, however, I find myself wondering if this question was asked by the people whose job it is. You know, the filmmaker? I wonder if the people involved with the film have asked not just “Why do we want to make a movie?” or “What message do we want people to hear?” but “Why are we telling this story?” Knowing the answer to this question would help them connect with their audience, maybe even in a lucrative way, which is, of course, what studios are looking for. Studios see numbers: time signatures, headcounts, and dollar signs. They want to invest in art. While money is part of the motivation of the people making the movies, they (hopefully) also see moviemaking as a chance to express themselves creatively and in an impactful, lasting way.

I’ve noticed that all filmmakers tend to imbue their films with their personal beliefs to some extent; however, the movies I’ve found most compelling are not the ones with the obvious bends in their messages. The movies that have had the biggest impact on me are the ones that inspire us as viewers to think for ourselves and arrive at our own conclusions. If you’re a filmmaker who prioritizes a message over telling a good story, chances are you’re making a propaganda piece. Chances are you’re not achieving either objective.

The Christian movie company Pure Flix has a mission statement: “To impact the global culture for Christ through media.” This is a mission I respect. Media is a huge part of our daily lives at this point in human history, so it’s natural for everyone to want a media presence. Media is a modern conduit by which we can communicate our thoughts, lives, and experiences. I’ve found that how we choose to communicate those ideas through media is where its value lies.

When I look at the way Pure Flix carries out their mission – quickly and cheaply – I’m less inclined to support them.  After all, wouldn’t their high-value message be better communicated if they gave their movies the creative love and attention they deserved? Film incorporates numerous sensational and artistic talents to communicate and inspire a range of emotions and ideas within us. If “inspiration” is a touchstone of our faith, then why is it so lacking in our films?  It feels like most Christian filmmakers prioritize selling a message over telling a story, leaving us with lackluster visual sermons rather than entertaining movies.

On top of that, Christian movies often give mixed signals about who their target audience is. Is it a shotgun approach, spraying ideas in as many directions possible with the hopes of eventually hitting a target, or is the confusion unintentional? Maybe they do understand their target audience and are bending over backward to cater to the audience that pays. While they choose to play it safe for their older, conservative Christian audiences (many of whom are their financial backers), they often still claim that their movie’s aim is evangelism. But, if their target audience is Christians, then aren’t these movies preaching to the choir? They validate the believer while alienating the purported target. My non-Christian friends won’t willingly watch a Christian movie, and some countries won’t even allow explicitly Christian content within their borders.

I don’t think it’s wrong to create content for Christians, but if movie makers are pushing audiences to support these films for evangelistic purposes, I can’t help but feel that the audiences aren’t getting their money’s worth. And, if the content is specifically made for Christians, wouldn’t it be more beneficial if it inspired them and challenged them to grow? Otherwise, even though the movies are clean, they offer empty calories. Where’s the benefit?

I know that creating challenging content is a financial risk; if you press too many buttons, your customers and backers will leave you. The Christian audience seems to be both undiscerning and picky at the same time. I think this is why the Christian movie industry is caught in a cycle of playing it safe, even though we as Christians are called to live fearlessly.

So, then, what can Christian filmmakers do? As a creative writer, I stand by the importance of telling a good-quality story. As a Christian, I don’t want our half-baked movies to push others away from the faith or leave fellow believers complacent. I especially don’t want Christian filmmakers to default to the familiar out of fear of low returns. We as Christians are called to walk by faith. I strongly believe that the purpose of Christian movies should be to utilize our God-given artistic abilities to captivate, challenge, and inspire viewers. I encourage Christian studios and filmmakers to reevaluate the purpose of their movies and to place a higher value on creativity.